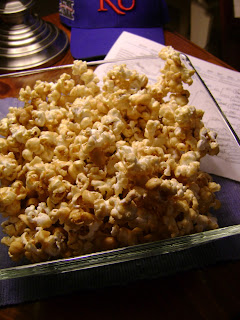 March Madness has struck our household.

Except for during my college years, I never was much of a basketball fan. Football is the sport I love. My husband, however, is a major fan. He can tell you every tidbit of trivia about every team since 1900…well, that’s a bit of an exaggeration, but not by much. At first his loyalty was a bit tricky…I’m from and everyone in my family are fans. The rivalry between MU and KU is legendary. Still, it’s hard not to get caught up in my husband’s basketball fever, so I've gone over to the “dark side.” Rock Chalk Jayhawk! 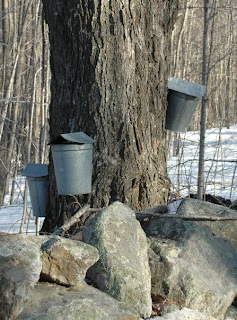 More than basketball, to me March is maple season. In late February in , when the temperatures warm slightly, the sap from sugar maples starts to “run.” Now is the time to look for the steam rising up from the sugar houses as local farmers boil sap into delicious maple syrup.

When sap comes out of the sugar maple tree it looks and tastes like slightly sweet water. It takes 40 gallons of sap to make one gallon of syrup! In the sugar house the sap is boiled in a contraption called an evaporator traditionally heated by a wood fire, though some producers have gone to cleaner burning oil. When the sap reaches 219 degrees then you know you’re making maple syrup. 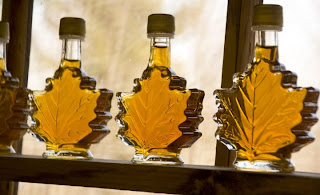 This weekend is Maple Weekend in my former home state of . All of the maple producers invite the public to come watch the process. Many serve pancakes covered in their delicious amber creation, or they make sugar on snow; maple candy made on the snow.

(All of the images except for the popcorn are from the New Hampshire Maple Producers’ Association.) 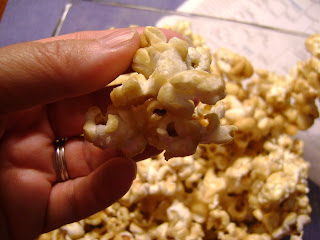 So to honor both maple season and March Madness I made yummy maple popcorn, which is caramel corn made with maple syrup. I had some leftover peanuts to add, but you can add your favorite type of nut—or none at all. Just be sure to use only maple syrup, made only from sugar maple sap and nothing else. (Watch out for those syrups labeled “natural” maple syrup. They are made with corn syrup and maple flavoring.)

Butter the inside of a large bowl, plus a large mixing spoon. Set aside. Line a large baking sheet with parchment or waxed paper. Set aside. 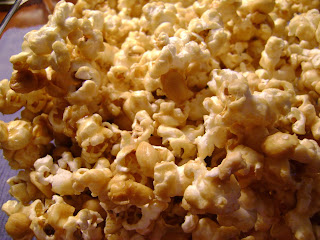 Pour the maple syrup into a deep-sided, heavy-bottomed sauce pan. Over medium-high heat, bring the syrup to a boil. Reduce the heat to medium and continue to boil until it reaches 236 degrees on a candy thermometer.

Place the popcorn and nuts into the buttered bowl. Slowly pour the hot maple syrup over the top of the popcorn/nuts and quickly stir until all of the popcorn is coated with the syrup.

Pour the popcorn onto the prepared baking sheet and spread into a single layer. Allow the popcorn to cool and set. Enjoy, or store in an airtight container.

Walking through the sugar bush in the Spring and the multi hued forests in the fall are the two things I miss most about living in the East.