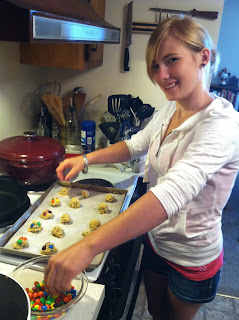 I’m sorry I haven’t posted much this month. I've spent most of it teaching summer camp for my preschoolers at , where I've worked for the past three years. This is the last week of camp…and my last week at the school. Next week I start my new work life as a full-time freelance writer.

Also, I've spent time with Angela, a lovely 16 year-old from that my sister-in-law and her husband plan to adopt. She is here for the summer and hangs out with The Picky Eater and I whenever my sister-in-law has to go into work.

The entire experience is interesting since she doesn't speak much English and I know only how to say “Hello” and “Thank you” in Ukrainian. However, there is one language we both speak…food! She loves to cook. Recently we made a rustic peach pie, which I’ll blog about soon, and these chocolate chip cookies topped with M & Ms. We also hope to make some of her native country’s dishes soon for everyone to try.

Thank your for your patience as I get through this final week. I promise there will be many, many blog posts coming soon. 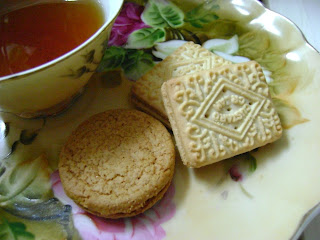 I’m always enamored by European food, especially British fare, as those of you who read this blog already know thanks to my posts on a typical British ploughman’s lunch and afternoon tea. When I was in the , I spent a great deal of time walking through every aisle of the corner shop looking at the products offered that were different from home. And when I found the Harrods food halls, I was in heaven!

I've never been to the other European countries, but I love the food from (I blame Julia Child), (Lidia Bastianich and Mary Ann Esposito), and (my German heritage.) Breads, cheeses, and cured meats comprise some of my favorite lunches, and my favorite varieties and styles seem to come from across the .

Last Saturday, The Picky Eater and I spent the day in Brits and Au Marché, conveniently located next door to each other. These two shops can conquer just about any European craving. 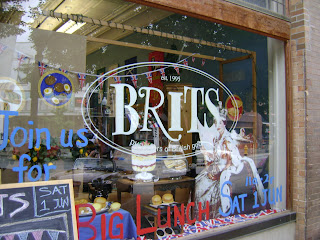 Being a true anglophile, Brits is my first stop. The Picky Eater sits on a bench and waits while I go up and down each aisle to check out what’s new and look for old favorites. 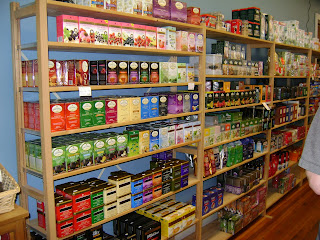 You can find any tea imaginable... 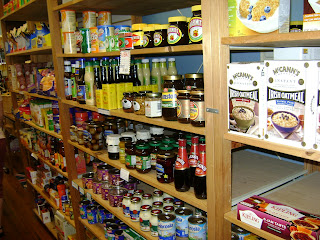 Plus a lot of food stuffs that take me back to those little corner shops in small British towns. 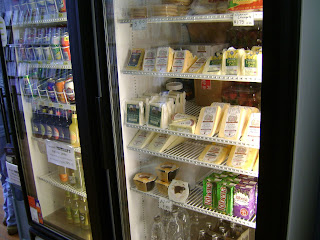 There are also beverages (I love the rose lemonade and elderflower pressé), cheeses, and frozen sausages and meat pies. Recently the shop started selling take-away items from Queen Lizzy’s Catering, including scotch eggs and sausage rolls. 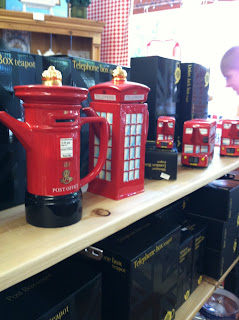 Of course, there are souvenirs… 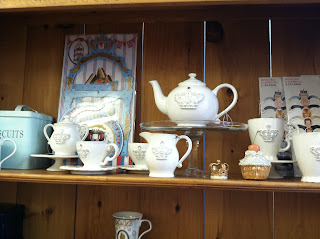 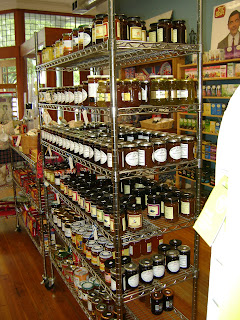 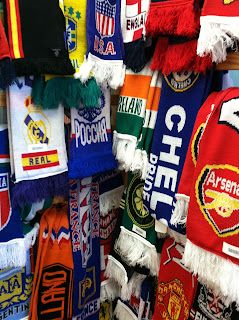 I always leave with my favorite Carrs Ginger Lemon Cremes biscuits (cookies) and Nestle Toffee Crisp candy bar, plus anything else that looks appealing. Usually that includes a jar of orange marmalade, a book on British food, a new tea, and pudding. Also, we always stock up on Airwaves menthol and eucalyptus gum, which packs a refreshing punch in each tiny piece. 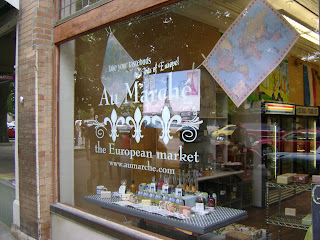 Next I venture to the rest of when I step into Au Marché. 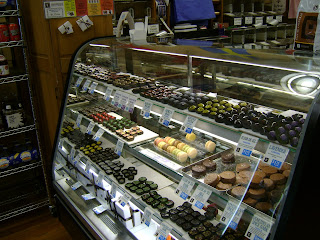 First I head straight for the cheese case. Cheese is my favorite food, but the chocolate case comes in a close second. 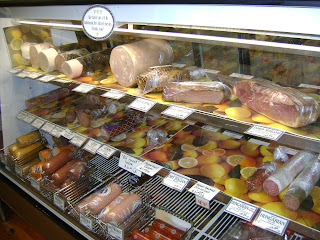 Plus, I make a stop at the case of imported salami and hams (some were missing because the clerk behind the counter was busy slicing them for customers)… 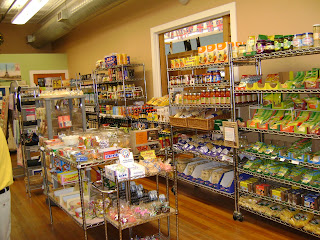 And then I scope out all of the other food stuffs, though some of the labels aren't in English, so I have no idea what’s inside. Of course, all I have to do is ask owner Lora Wiley and she fills me in on the details. 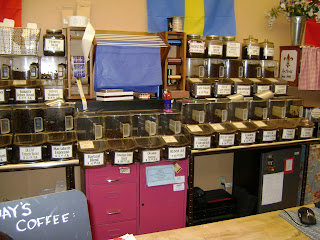 The shop sells in-house coffee bean varieties. Also available are bags of tea in a lot of different flavors. I left with the orange-cinnamon variety, which is yummy. 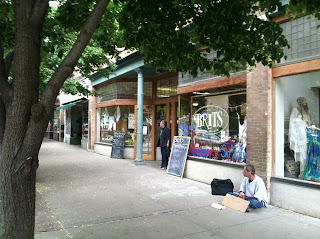 The only problem with Brits and Au Marché is deciding which treat to enjoy first when I get home.