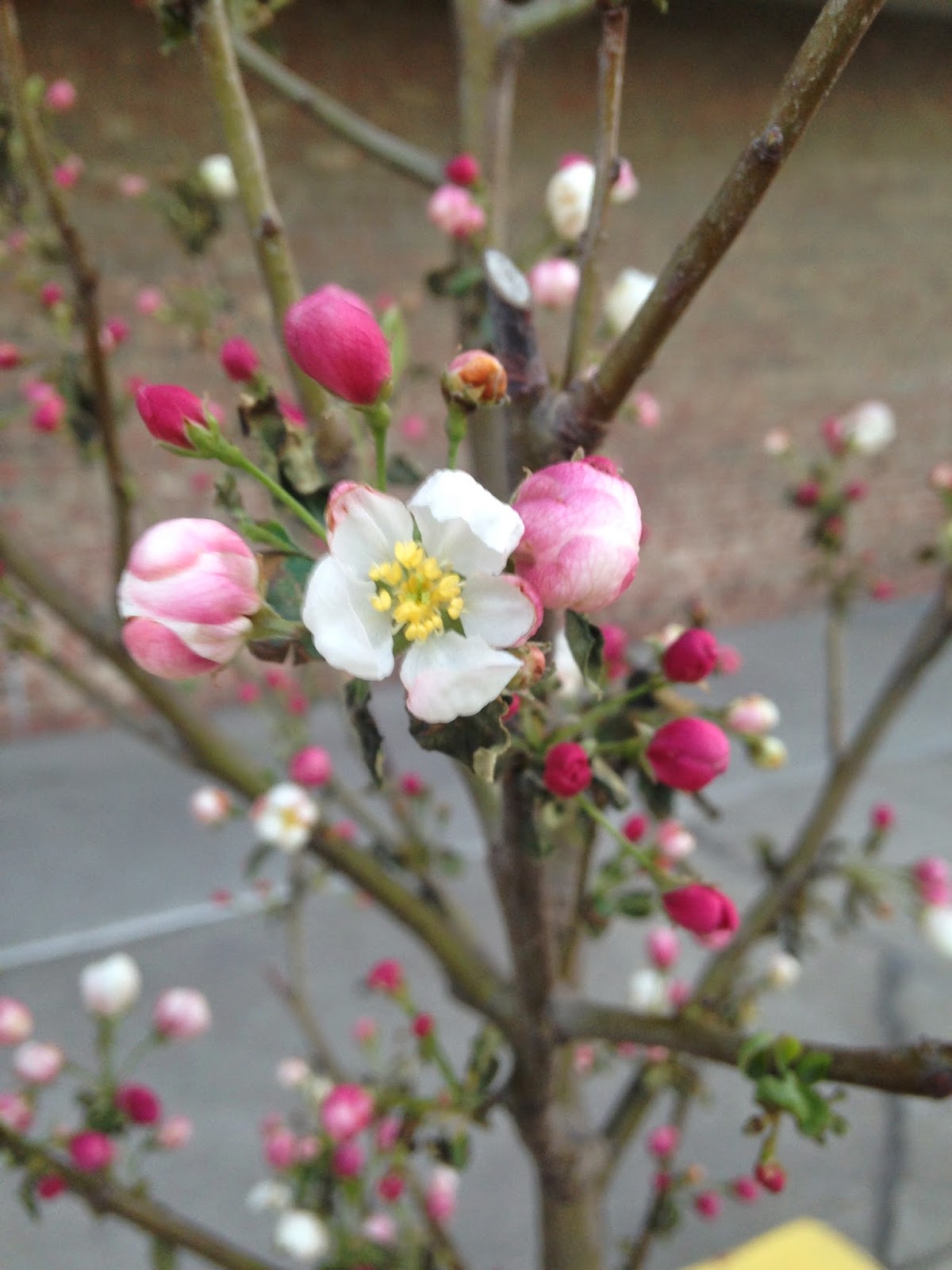 The season changed since my last post, and so has my life. These past few months have brought joy, sorrow, uncertainty, and hope. I've missed visiting with you and hope to be here more often in the future. For now, let me catch you up on what’s been happening… 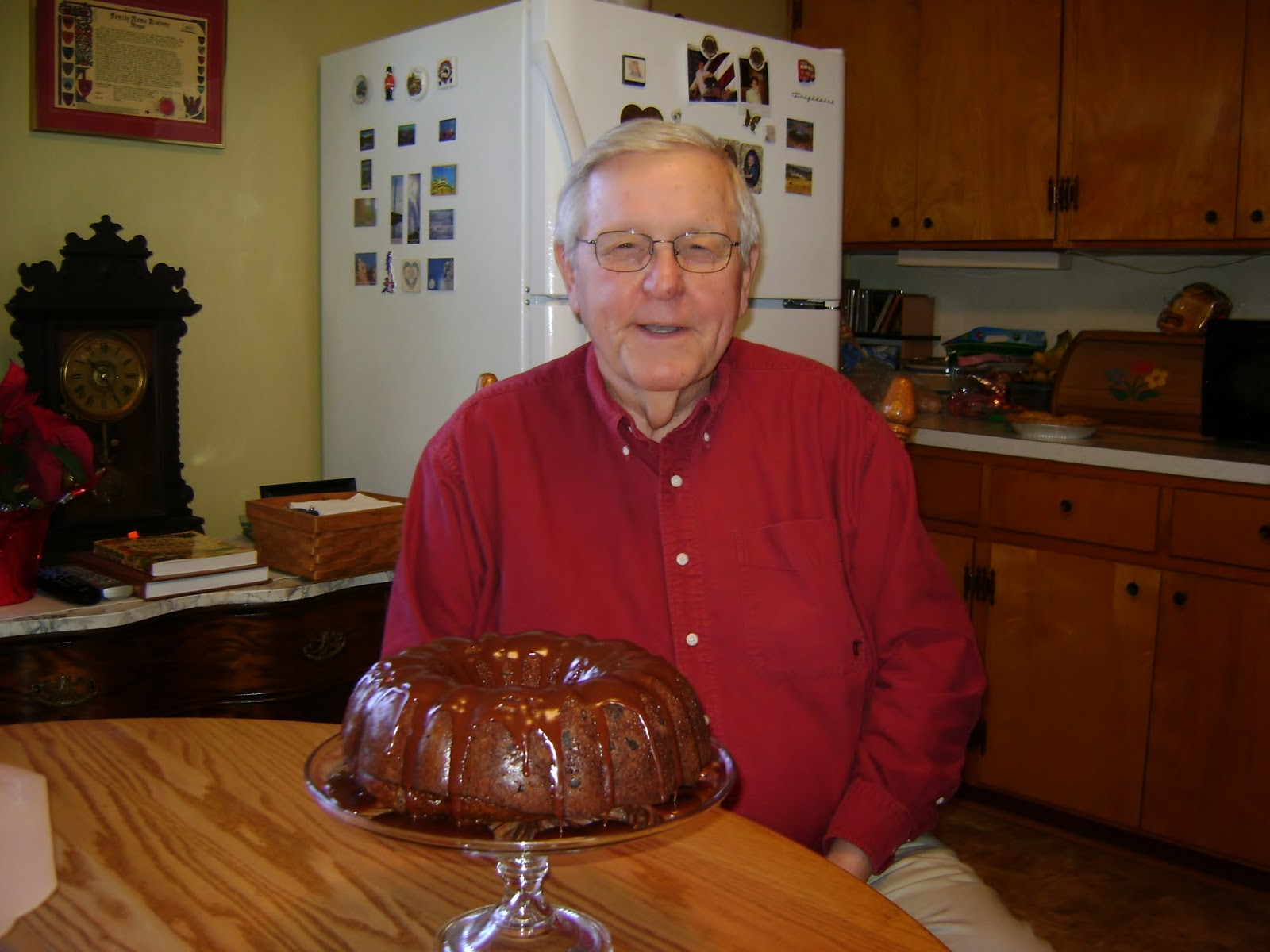 First, the sad news—my dad lost his battle with cancer on March 26. It is still difficult to picture the world without him in it, but I know he’s still here in my heart. Mom did most of the cooking while I was growing up, but Dad was the one who truly loved to be in the kitchen. I have a special blog planned in his honor to post soon, including his recipe for peach cobbler. Yum! 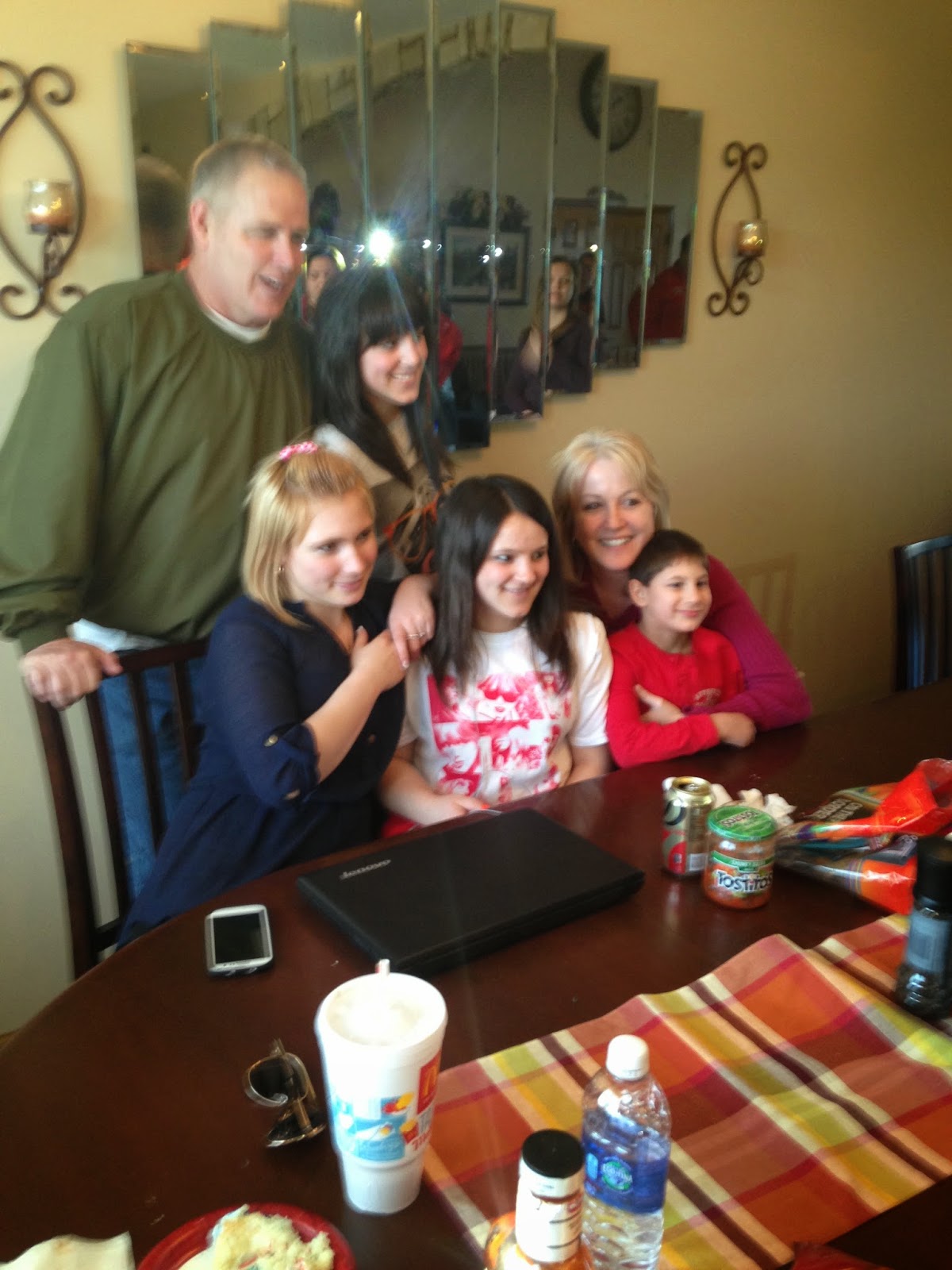 Now, the joyful news—my sister-in-law, , and her husband , adopted four children from . They had quite the adventure since the turmoil in that country kept them from coming back to the for a few weeks. (Their apartment was just a few blocks from all of the protests in .) In March, they made it home safe and sound, and are now settling into their new life as a family. (You may have heard about their story since it made national news, but if not, you can read about it here.) 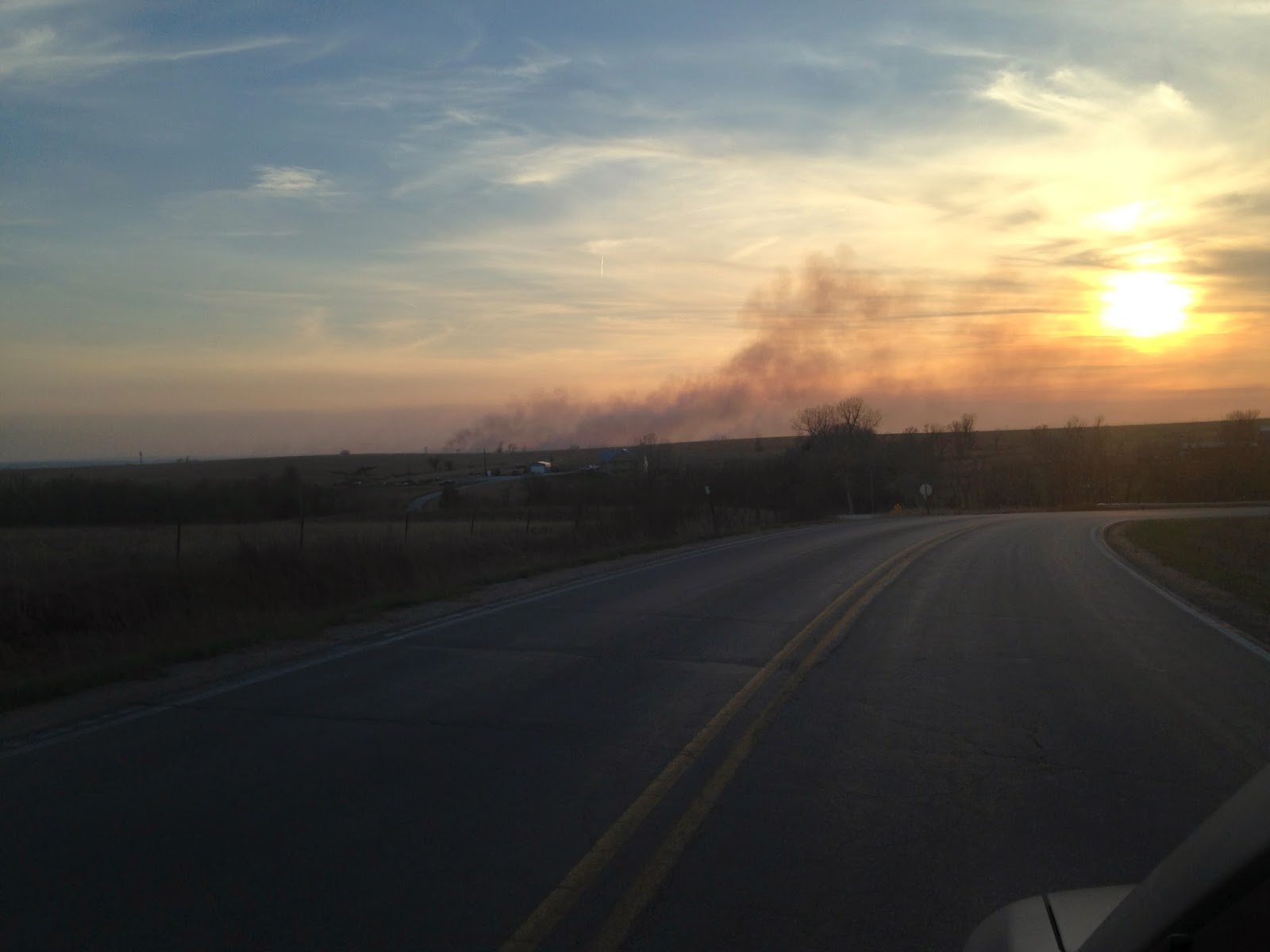 Springtime in means the burning of the prairie pastures to get rid of old growth and promote new. It is common to see smoke in the distance… 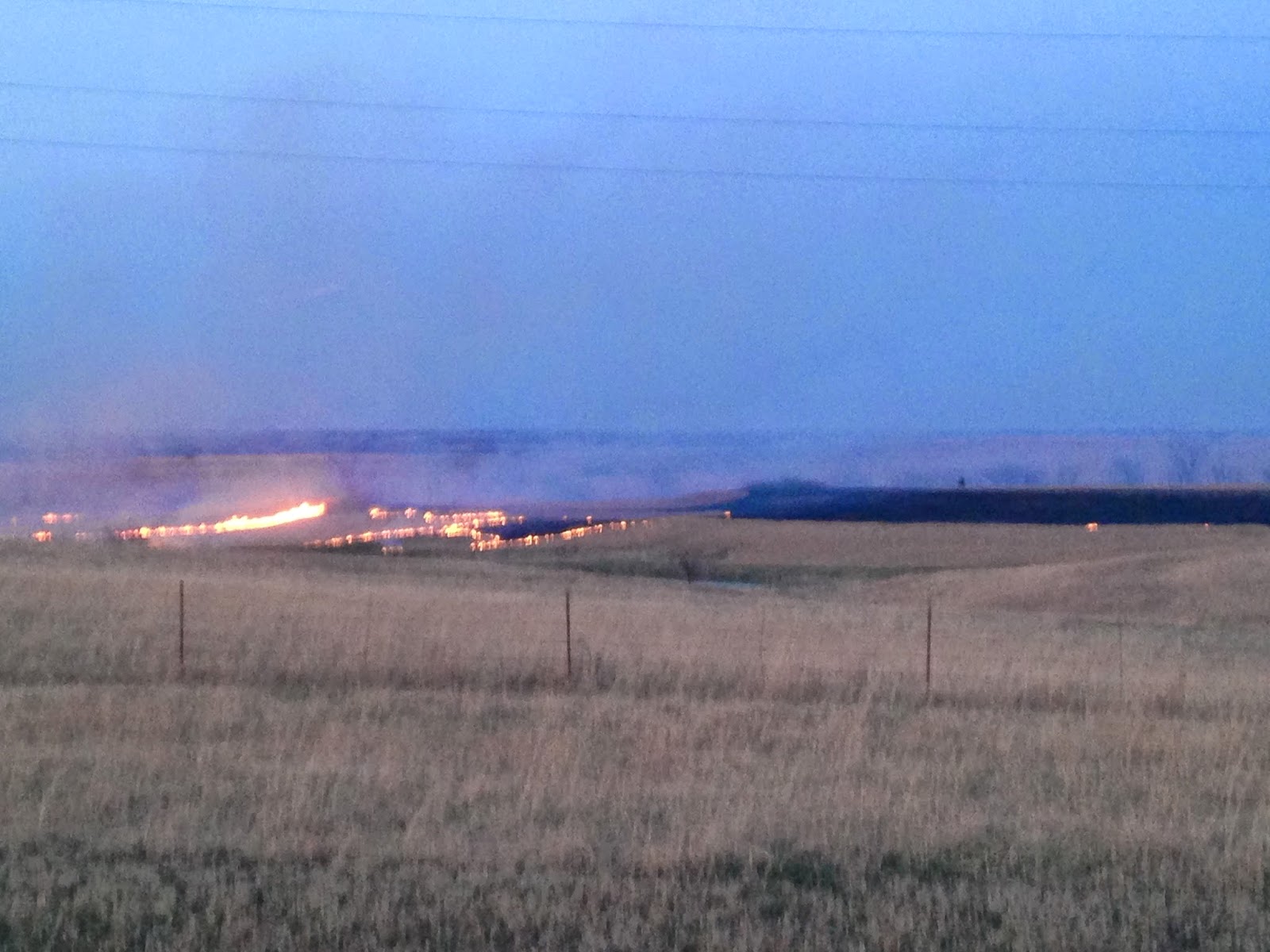 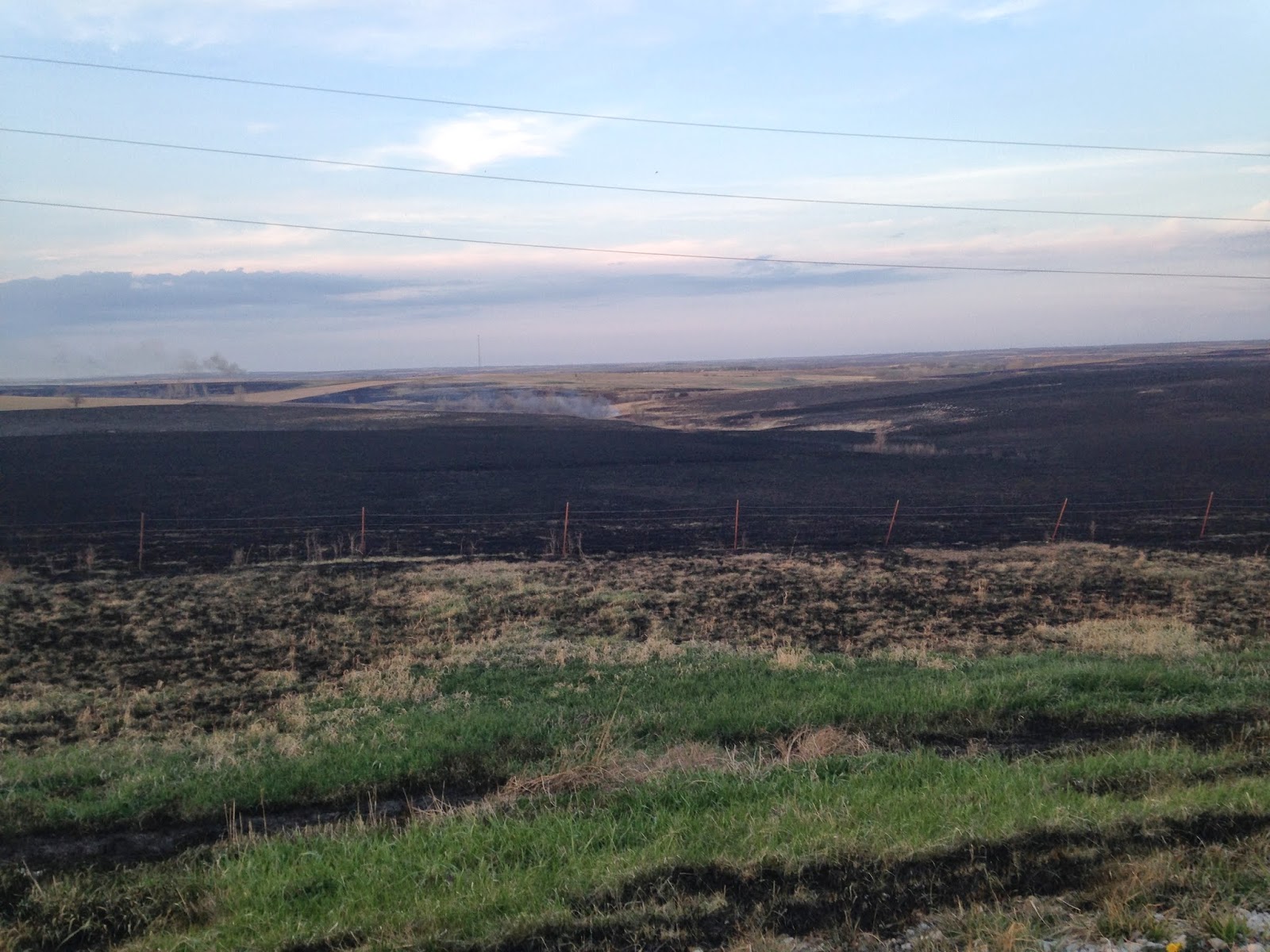 …and the resulting black fields, which will soon be green with new growth. 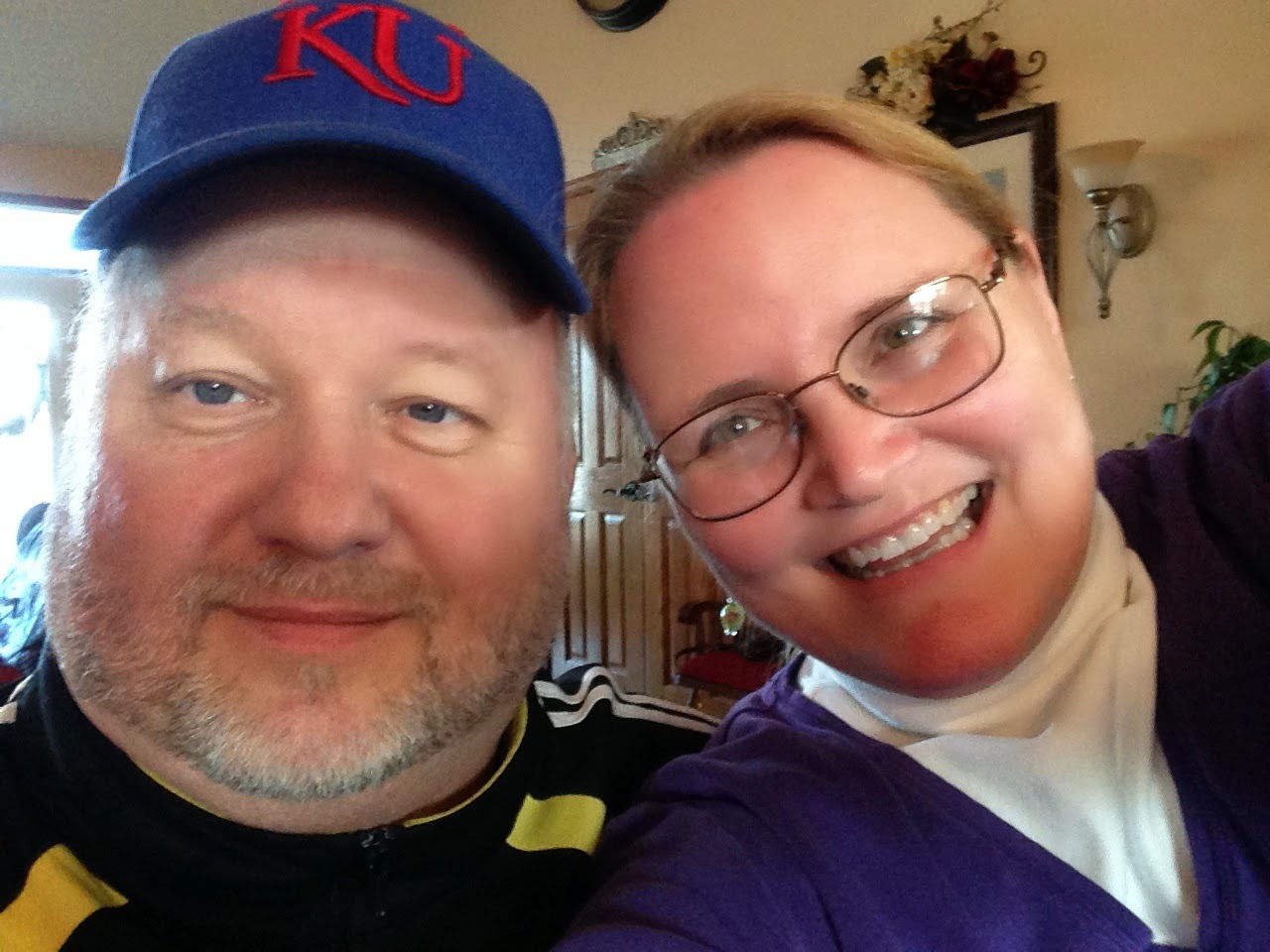 Our next challenge is The Picky Eater’s heart. Most of you know he has heart issues. Well, he didn't feel well for a couple of weeks, so he went to get checked out. His blood pressure was so low they told him he couldn't drive, which meant no job since driving is important for being a courier.  After some tests, we learned that his four past heart attacks have scared the front wall of his heart, making it not viable (doctor said it was dead.) The rest of his heart muscle works, but that front wall is where a bypass would attach through, so that means he can't have bypass surgery. The plan is to place stents to open his many almost-blocked arteries. Since he doesn't have any symptoms now that he's not working, they plan to wait until the end of May, when the hospital will have a new heart pump that would keep him alive if the worst case scenario would happen during his procedure. The doctors and I fully expect him to come through this with flying colors and have a wonderful rest of his life. 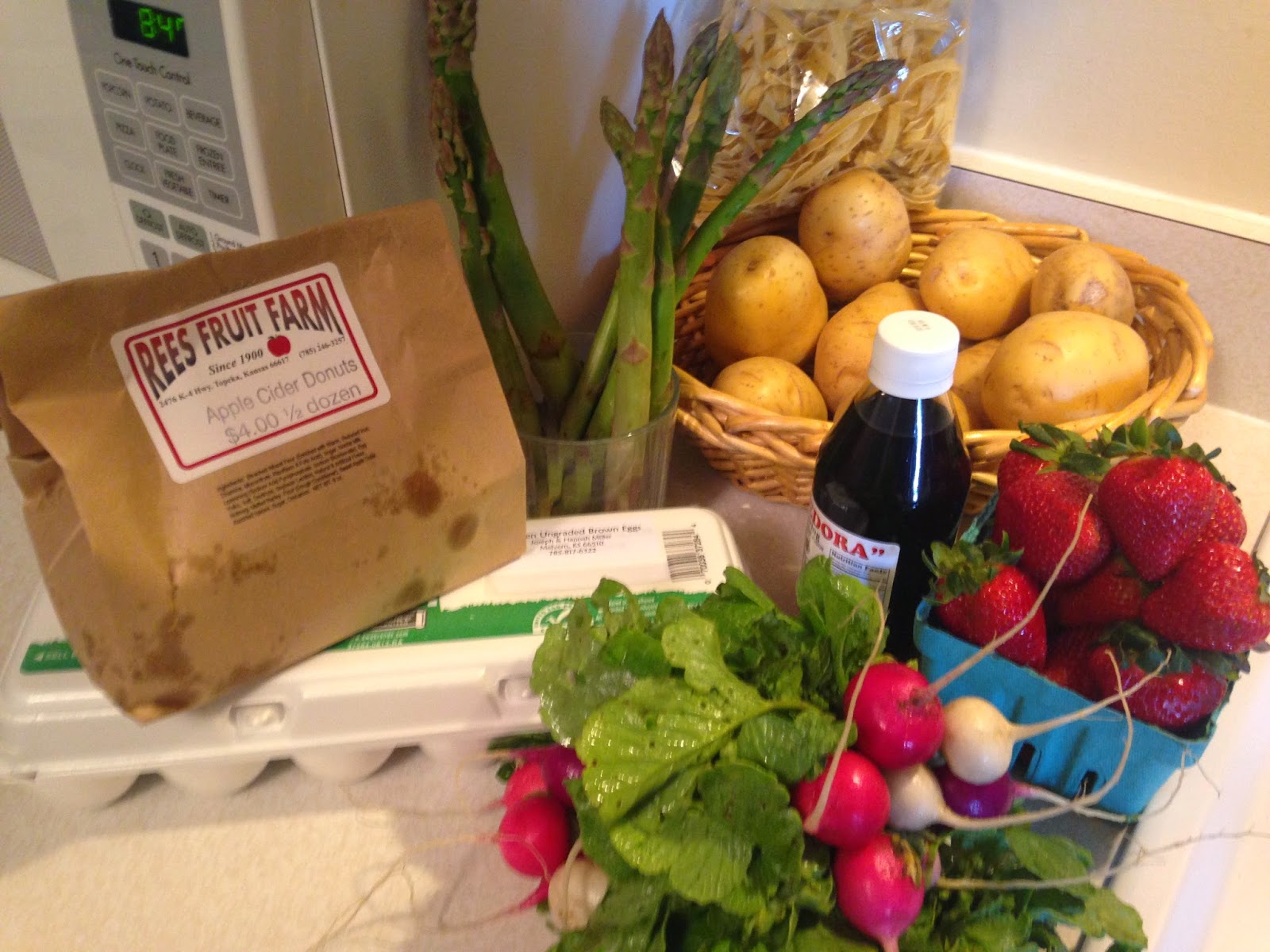 Spring continues its march towards summer. The farmer’s market opened in and with it the hope for wonderful produce in the months to come. 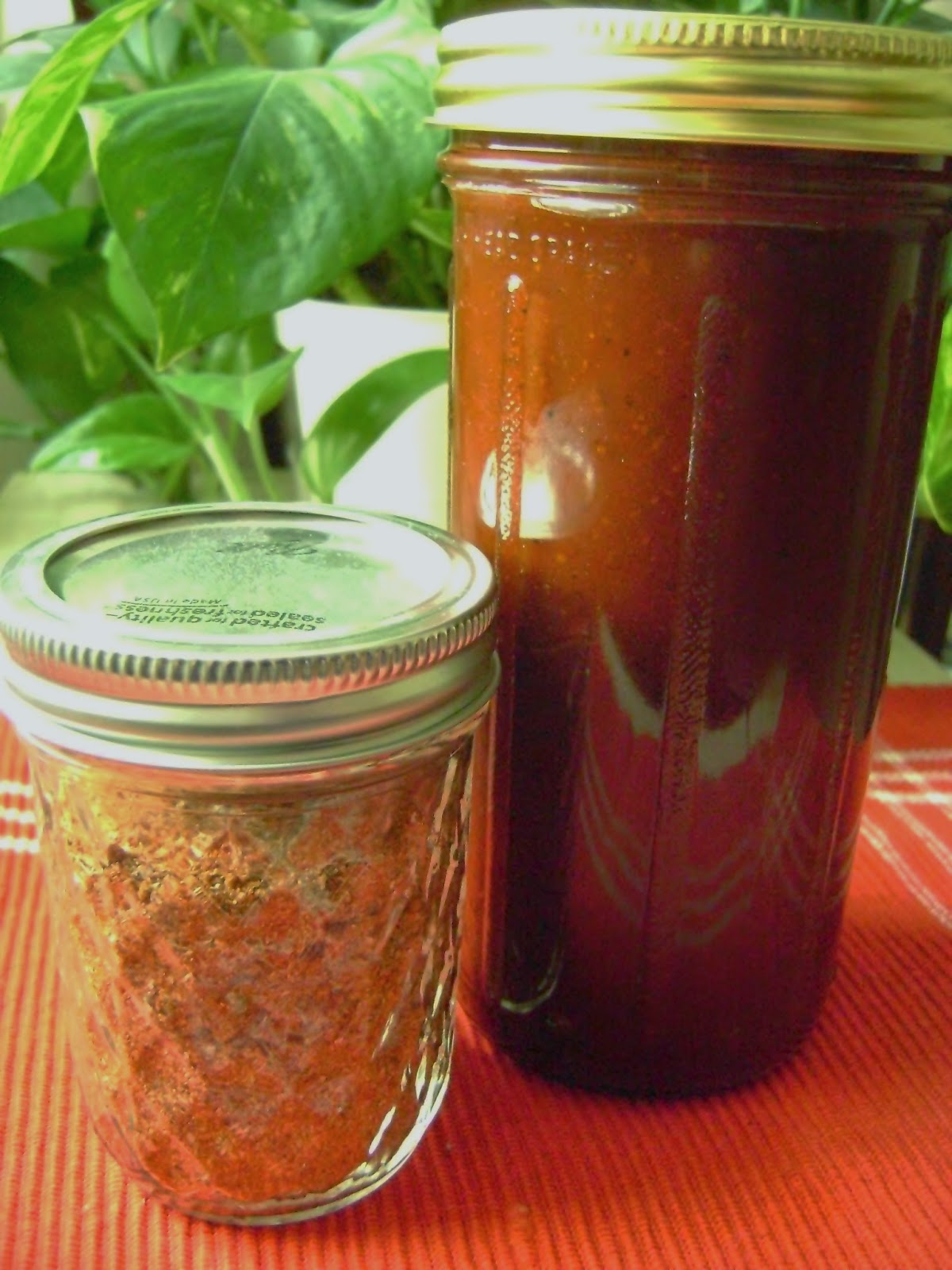 I have done some cooking, including this recipe for barbecue ribs I developed for the Topeka Capital-Journal’s At Home Living section. I made them in the oven since our apartment doesn't have a place for an outside grill or smoker, but feel free to try them on the grill. I used my own rub and sauce recipe, which I posted a few years ago. The Picky Eater loved the results and hasn't stopped talking about them since! 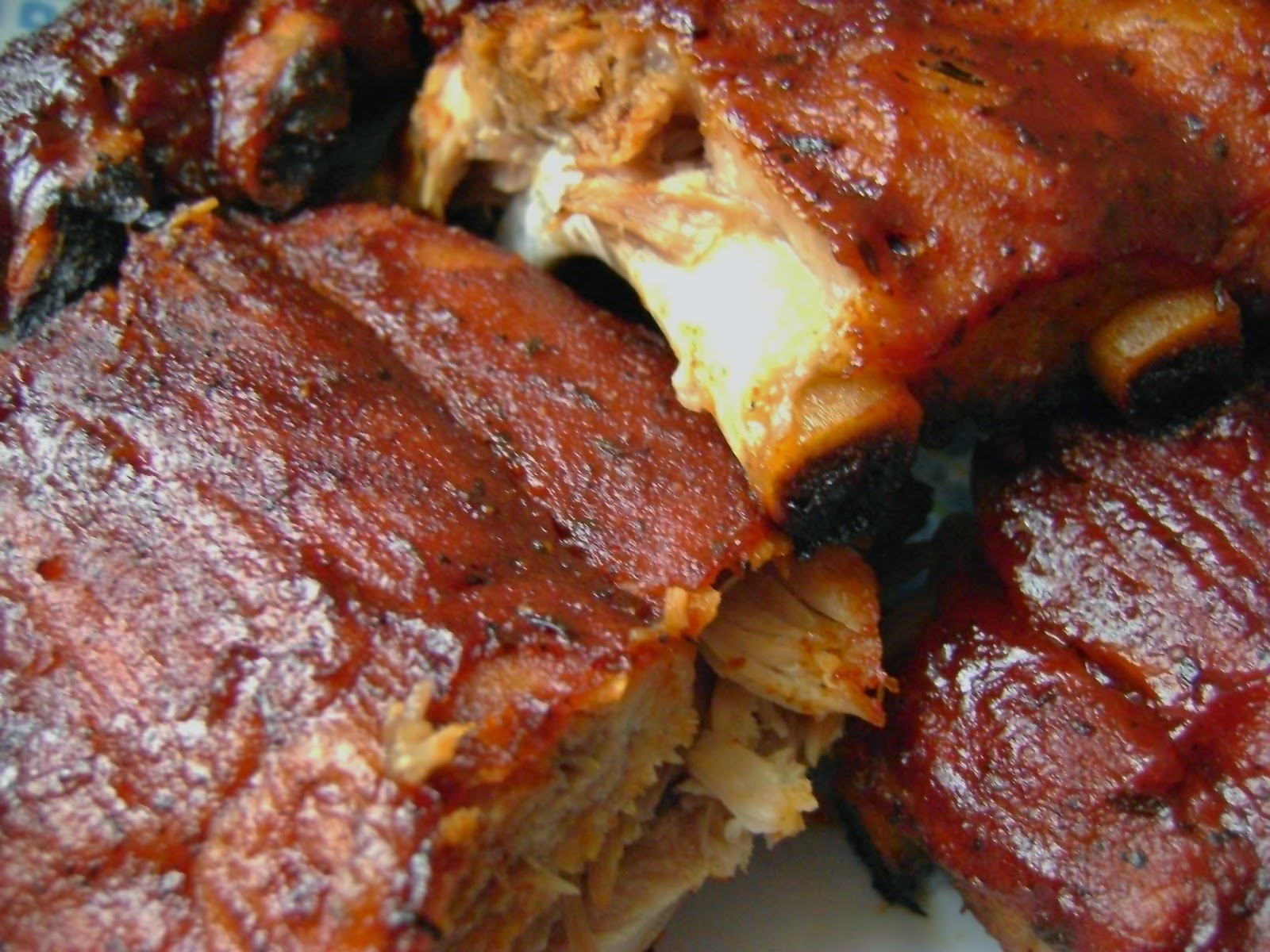 Remove ribs from package, rinse, and pat dry. Remove the thin skin (membrane) from the back of ribs. (Make a slit through the skin in the middle of the ribs, grab a corner of the skin with a paper towel, and pull until it comes off. It is important to do this since the skin will become tough while cooking.)  Rub ribs liberally with KC rub and let stand for 30 to 60 minutes.

To smoke the ribs: Smoke according to the instructions that came with your smoker. If using a grill, soak wood chips for 30 minutes. Drain and place two handfuls on a piece of heavy duty aluminum foil. Fold over and seal to form a small packet and poke holes in the top. Light one side of the grill and place the packet on top of the burners or charcoal so it can begin to smoke. Place the ribs on the other half of the grill and smoke over the low, indirect heat (225 to 250 degrees) for 4 to 6 hours. Turn ribs every hour, and make sure the wood packet is still smoking. Replace the wood packet with a new one if it stops smoking. The ribs are done when the meat pulls away from the bones and you call pull them apart with your fingers. Coat with barbecue sauce and continue to cook for another 5 to 10 minutes to set the sauce. Serve.

To cook in the oven: Preheat the oven to 300 degrees F. Place a large piece of foil on top of a baking sheet and spray it lightly with non-stick cooking spray. Lay the ribs coated in rub on top of the foil. Cover with another piece of foil, also lightly sprayed with non-stick spray, and seal up the edges. Be sure to not poke any holes in the foil to help keep the meat moist. Place the ribs on the baking sheet into the oven and bake for 2 1/2 to 3 hours, or until the meat pulls away from the bone. Take the ribs out of the oven, uncover, and coat with the barbecue sauce. Place back into the oven and bake for an additional 10 to 20 minutes to set the sauce. Serve. 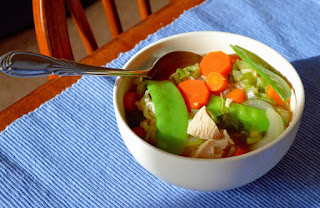