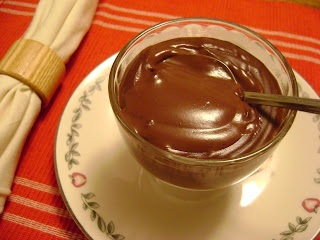 When I think of Mamaw, my maternal grandmother, the image I most often picture is of her in the kitchen of the farmhouse she lived in her entire married life (and where my parents live now.) And the dish I associate with that image is her chocolate meringue pie. I remember her cooking the chocolate pudding filling on the stove top, and whisking egg whites and sugar in a blue glass bowl with her flat whisk until they were stiff and glossy. Most of all I remember the finished pie with its golden brown meringue top and creamy chocolate center supported by a flaky crust. 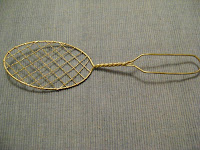 (As a side note, turns out that blue glass bowl would fulfill many glassware collectors’ dreams! My mom has it in her china cabinet. I have the whisk, which hangs on my kitchen wall.) 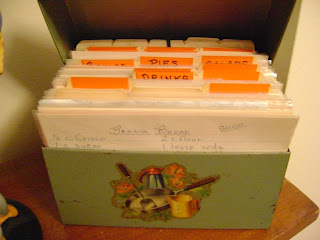 When I started to blog about Mamaw’s recipes, I knew her chocolate pie would be one of the early posts. However, as those of you who read this blog know very well, I’m not big on making pies. But I do love chocolate pudding, so I went in search of her pie filling recipe to give it a try.


I couldn’t find it!


It wasn’t in the file box.


I looked once, twice, three times, but there was no recipe for either chocolate pudding or pie. There was a pie crust recipe. There was a meringue recipe. But there wasn’t a filling recipe.


Was my memory just a romantic notion of my grandmother’s most memorable dessert? I also have memories of her using the pudding in-a-box mixes for the pie as well. Did I just imagine her homemade efforts? Was my amazement at the idea of chocolate pudding being made from scratch and not from a box all a false memory?


A phone call home to Mom reassured me that I did remember Mamaw making chocolate pudding from scratch. She felt Mamaw may have known the recipe so well she didn’t need to write it down. Or it may have come from one of her standard go-to cookbooks.


So, since Mamaw often used Joy of Cooking, and I also own that cookbook, I decided to try the recipe for Old-Fashioned Chocolate Pudding. 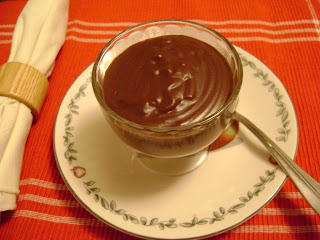 I will never make pudding from a box again!


This recipe is so easy, and the flavor is far superior to anything you could buy on a shelf. Rich, chocolaty, creamy…everything a chocolate pudding should be.


Heat over medium-low heat, stirring constantly, until the chocolate is melted. Mix together until smooth:
3 tablespoons cornstarch
1/4 cup milk


Stir slowly into the hot milk mixture. Stirring constantly, heat over medium heat until the mixture just comes to a simmer. Reduce the heat to low, stirring briskly; bring to a simmer and continue to cook 1 minute. Remove from the heat and stir in:

Pour the pudding into the bowl or cups, then press plastic wrap directly onto the surface. Refrigerate for at least 2 hours or up to 2 days.

I, too, have been making pudding from scratch -- Thanks for sharing your beautiful memories. (Scan a picture of your grandma and put it on the blog?)

Yum. I tried making chocolate pudding last year and it ended up more like chocolate soup. :( I think I will have to try again with your recipe!

I have never made pudding from a box mix, homemade is so much better! Cool that chocolate pudding for you brings back some wonderful memories of your grandmother.
Your pudding looks delicious and I think that is the most unique whisk I have ever seen.