Saying Goodbye to The Picky Eater 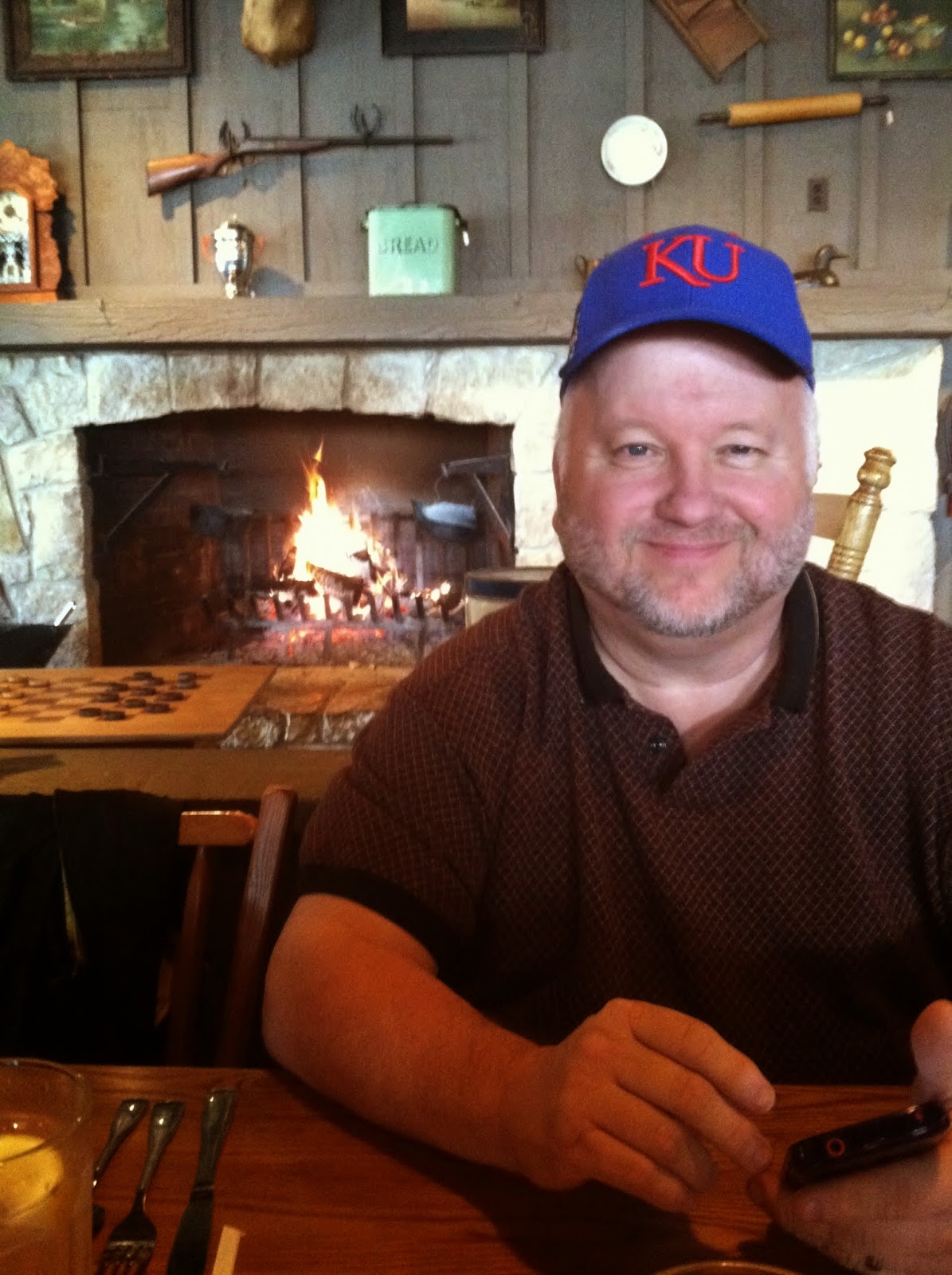 I want to thank all of you for the kind thoughts and wishes you have sent my way since The Picky Eater’s passing. They have brought me a great deal of comfort and helped to ease the sadness that has settled over my heart.

Please indulge me one more time as I share my sweetheart with you. As a writer, I feel compelled to put words on paper about how much meant to me. By sharing those words with you, he will not only continue to live on in the hearts of those who knew him, but also out there in you who only knew him though my words.

The following is the piece I wrote for his memorial service this past Monday:

On , at , I pulled into the North Topeka Dillons parking lot to meet a man named . We connected on Match.com and this was my first date ever from an internet dating site. We had exchanged emails for a week and talked on the phone in the days leading up to the date, but I was still nervous about what to expect. 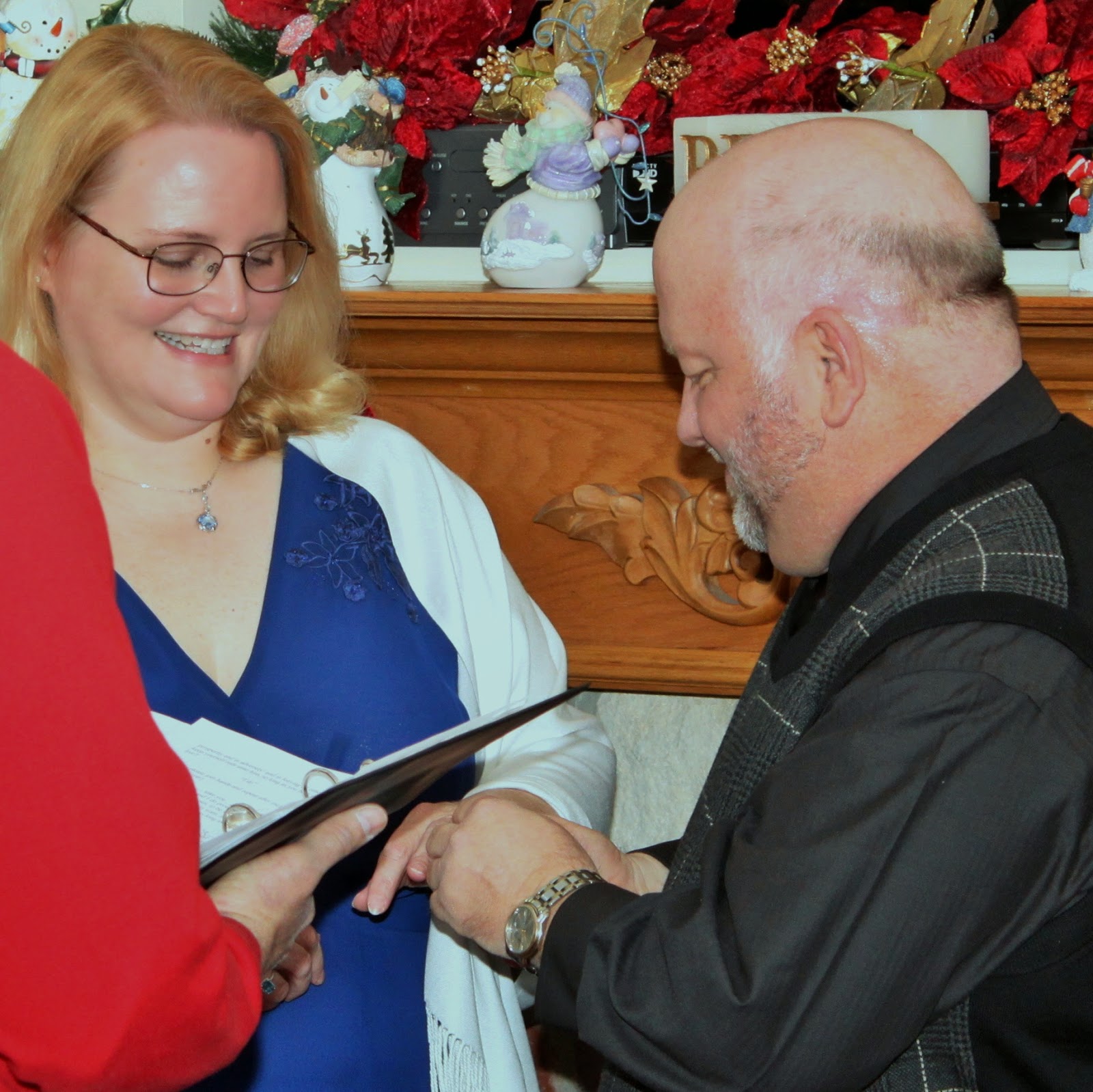 That chilly autumn afternoon, I met the love of my life.

The following , pulled into the same parking space and asked me to be his wife.

On , I married my soul mate on a beautiful Christmas Eve morning surrounded by family and friends.

A few days ago, I was honored to be the person he reached for as he passed from this world into Heaven.

was the most loving man I've ever known. Not only to me, but to many others as well. He made friends out of strangers, from waitresses in our favorite restaurants to the people we only saw for a moment each evening on his courier route. He was so trusting he would buy any sales pitch offered on an infomercial, and believed advertisers couldn't possibly be lying to him. 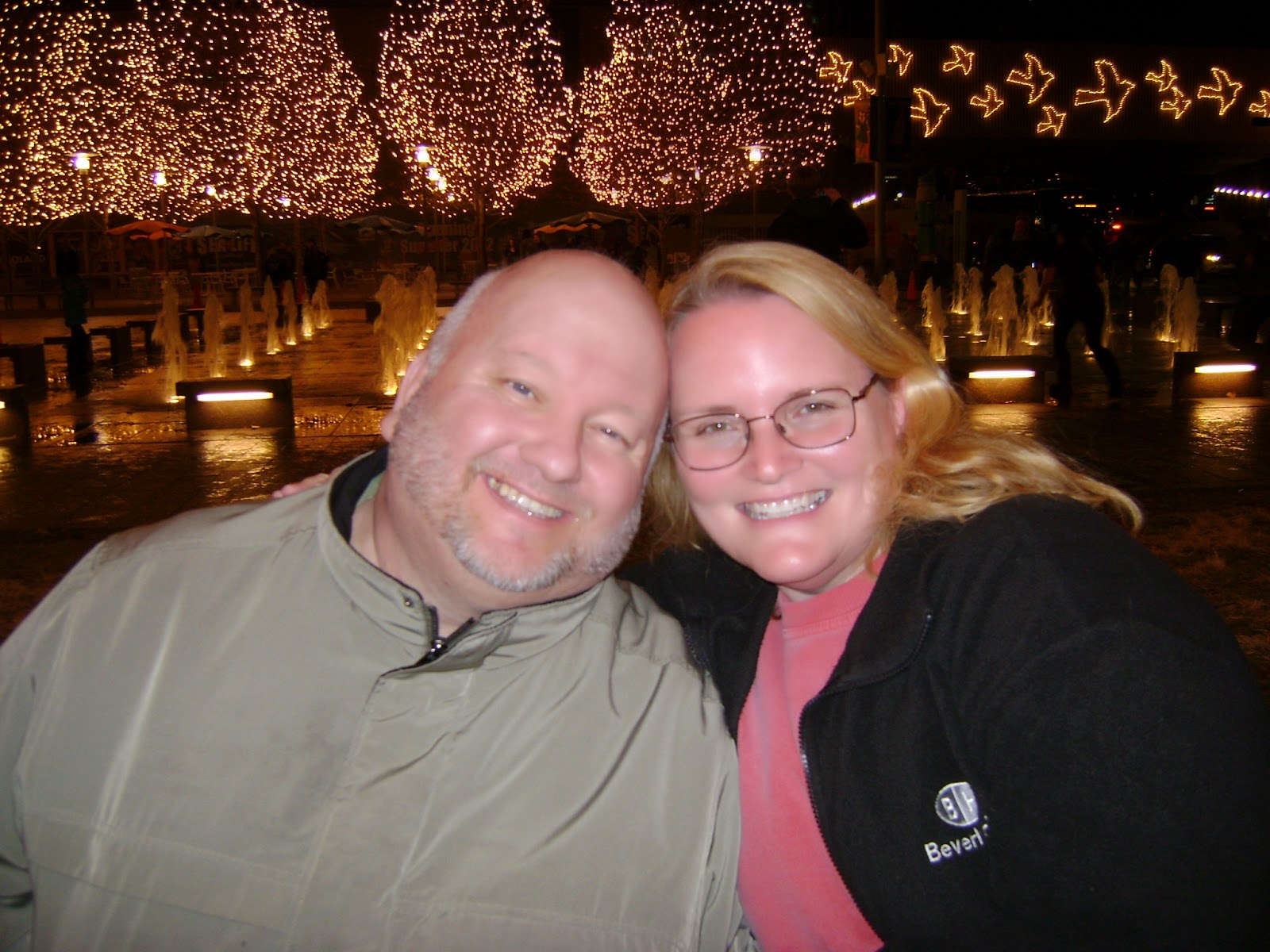 He gave money to people digging in dumpsters, even if it was the last $20 he had until payday. He would buy meals for people down on their luck. Every year, he adopted a single mom and child through the United Way of Greater Topeka’s Christmas Bureau, and instead of giving the standard $30 in gifts and $30 in food, he would take them to the store they requested and let them pick out the gifts and food themselves, often costing double what was expected.

In ’s final gift to others, he was an organ donor. I was told he could help up to 50 people, with 50 families thanking God for his gift.

Our time together was so short. Too short. Unbelievably short for the love we had for each other. I feel as though we were able to experience decades of love in the 3 years, 7 months, 4 hours, and 14 minutes we had together.

Many, many times, when I would say to him how lucky I felt to be his wife, he would reply, “Don’t you know? I’m your guardian angel.”

Now he truly is. 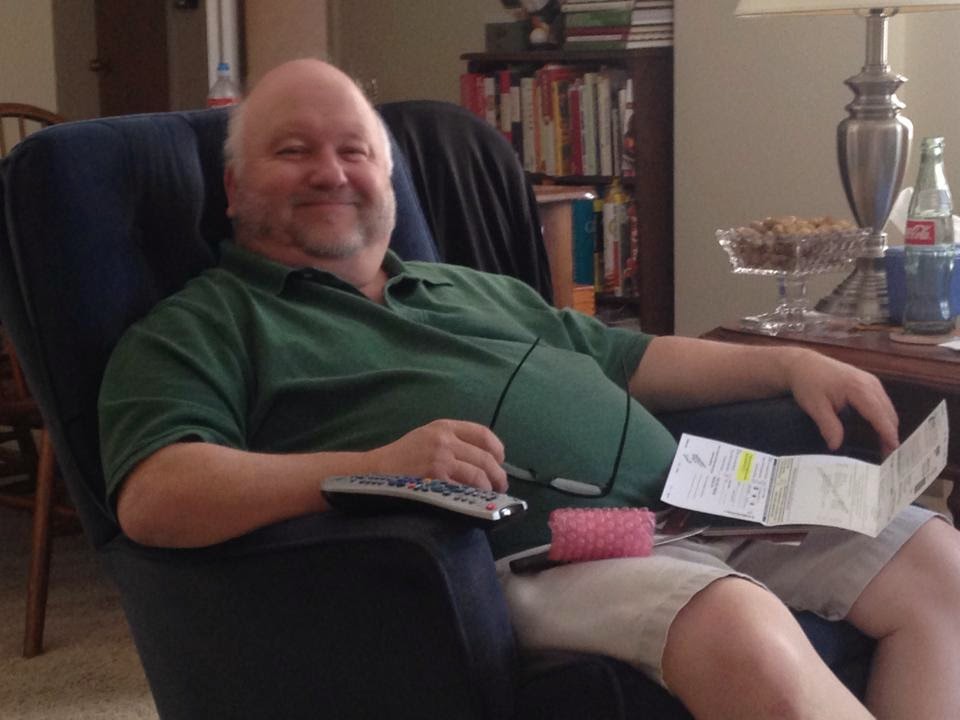 Beautiful words! I will miss my neighbor, but take comfort in having known him.

Wow Linda such beautiful words. You were lucky to have each other even though your time together was so short. Many will not experience the love that you both had. May you find peace in your memories until you meet again. Michelle

A lovely tribute to your soul mate, Linda. You're in my thoughts. Take care.

I know it's hard to feel lucky right now...but you are. You had him for a while...and that "while" will stay with you forever. It's hard to realize that we are only "on loan" to each other. Hang on to your angel, Linda...he's watching over you. Miss you!

Linda, this is a beautiful tribute. He was clearly a beautiful soul. I'm sorry for your loss.

Linda, I am so touched by your words. He truly is your guardian angel. A beautiful tribute! You will be in my thoughts and prayers. Hugs

That was truly AMAZING!!! I know my brother would have love that.Thanks for always be there for him :)Love ya :)

Thank you, everyone. This has been the most difficult time of my life, but being able to share him with you and the kindness I've received has helped to ease the sadness.

Beautiful words Linda, truly beautiful, they have really stuck with me. I can't even begin to know how you and your family feel right now but he sounded like such an amazingly kind man, someone who could inspire others to be kind and good. Those are the people we want in our lives, even if for not as long as we like. Thinking of you.

So sorry to hear about your loss, Linda. It sounds like Mike touched a lot of lives and that your short time together was filled with more happiness than many people feel in a lifetime. You have so many good memories to help you through the sadness.

I am so sorry. hugs and good thoughts coming your way...