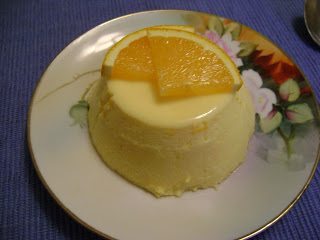 We have reached the end of our Gourmet Live 50 Women Game-Changers. I reached it a few days later than my fellow bloggers. My husband, Michael, (The Picky Eater) went up against a deer with our van. He is fine and hopes to never see another deer for a very long time, and then from a great distance. Our van didn’t fair as well. So between dealing with insurance people, rental car agencies, and auto body shops…well, time just slipped away. 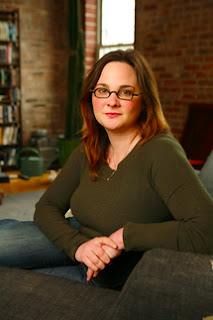 Our focus this week is on Julie Powell, whose quest to make all 500-plus recipes from Mastering the Art of French Cooking by Julia Child, Louisette Bertholle, and Simone Beck in one year brought blogging in general (and food blogging in particular) into the mainstream mindset. I was thrilled that her efforts put Julia Child (my food hero) back into vogue. And the Julie and Julia movie has become one of my all-time favorites, though I think it’s more because the Julia Child scenes are based on her book My Life in France more than the parts taken from Powell’s blog/book. (Image from Hachette Book Group website.) 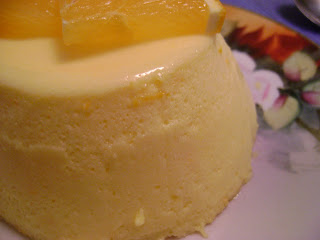 I chose to make the Bavarian Cream recipe from the Mastering cookbook. In the movie, Powell made the raspberry cream, but I decided to go with the orange version since oranges are available and tasty throughout the year.


Now I understand why Powell found herself eating many meals late at night. This is a complex recipe to create. It’s not difficult, but it does take time to go through all of the steps. I was at it for more than 90 minutes! 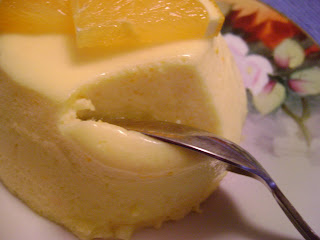 The end result was worth the effort. This is a smooth, airy, refreshing dessert that bursts with orange flavor. A perfect summer treat!


I did make two changes from the original recipe. One of the first steps called for rubbing two lumps of sugar on the outside of two oranges, and then crushing the sugar lumps and mixing them with the zest from both oranges. I did a little research and learned that one sugar cube equals a teaspoon of sugar. So I just mixed two teaspoons of granulated sugar with the zest.


The original recipe also called for two tablespoons of orange liqueur. While it would add a sophisticated flavor to the dish, I wanted a dessert that The Picky Eater (who doesn’t like liqueur flavors) and also children would enjoy. So I substituted vanilla instead, which gave the cream an almost creamsicle-like flavor.


The recipe makes a large amount that is poured into a mold and then un-molded before serving. Instead, I made it three different ways: 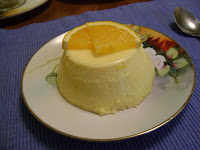 Set in a small custard cup and then un-molded. 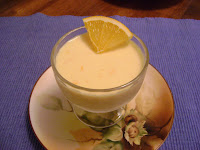 Set and served in a dessert dish.

Set in a larger bowl from which multiple servings would be dished into smaller bowls for serving.


This recipe, though complex, is not difficult to make. It just takes time. However, it can be made a day or two before serving. It is extremely important to read the entire recipe before beginning.


Wash and dry the oranges. Finely zest the skin of both oranges and place into a small bowl. Add the sugar and stir together. Set aside.


Squeeze and strain the juice from both oranges into another small bowl. (Should yield between 1/2 and 3/4 cup of juice.) Sprinkle the gelatin over the top of the juice and set aside to soften.


Place the egg yolks and the orange zest/sugar mixture into a mixing bowl. With an electric mixer (or whisk, if you want the exercise), gradually mix in the granulated sugar and continue to beat until the yolks are pale yellow and form a ribbon, about 2 to 3 minutes. Beat in the cornstarch.


Beat in the boiling milk, pouring in a slow, thin stream. Pour the mixture into the saucepan and place over medium heat. Stir with a wooden spoon until the mixture reaches 170 degrees on a candy thermometer (or lightly coats the back of a spoon.) Don’t overheat or the eggs yolks will scramble.


Remove from the heat and add the orange juice/gelatin mixture. Beat for about a minute to be certain the gelatin dissolves. Pour the custard into a mixing bowl.


With an electric mixer, beat the egg whites and salt to soft peaks. Sprinkle in the sugar and continue to beat until stiff peaks form. With a rubber spatula, fold the egg whites into the hot custard.


Set the custard bowl into a larger bowl of ice. Continue to fold carefully with a spatula as the mixture cools so it doesn’t separate. When the mixture is cold, remove the bowl from the ice.


Pour the custard into an 8-cup mold (Julia Child recommends a cylindrical or ring mold made of metal), or into individual molds or serving dishes. Cover with plastic wrap and refrigerate for 3 to 4 hours, or overnight.


To un-mold (if desired), dip the mold into very hot water for just a second or two to loosen the cream. Run a knife around the edge and turn onto a serving platter or plate. Garnish with orange slices and serve.


Be sure to check out my fellow food bloggers to see what they prepared:

Great job Linda! It has been a pleasure to get to know you through your blog. I am also glad your husband is OK even if the van did not fair so well.

Somehow I missed you but fortunately I saw the picture on Pinterest. The dessert looks so yummy. Bavarian cream is one of my husband's favorite desserts—no matter the flavor.

Wouldn't the egg whites melt in hot custard. What is the point of beating them in first place then

Jen, the egg whites don't melt in the custard. They do add volume and air to make it light and creamy.

And if you made changes, you did not make Julia's recipe.