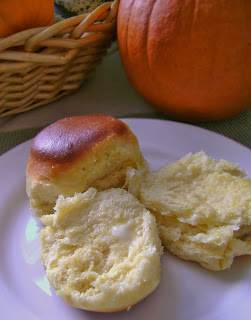 Since my dad’s chemo treatments have knocked him for a loop (and messed up his taste buds so most food tastes bad to him), my parents decided not to host Thanksgiving this year. On the flip side, my sister-in-law is busy in the  adopting three teenage girls, so she isn't hosting my husband’s family either. The result: Instead of trying to juggle two family gatherings, my sweetheart and I decided to have a Thanksgiving dinner made for two.

We’re having a pretty traditional meal including the turkey (I’m putting herb butter under the skin for the first time, using Ina Garten’s recipe), dressing (a sausage recipe from my former neighbor John in New Hampshire), mashed potatoes and gravy (a must!), green bean casserole (The Picky Eater insists we have this dish), cranberry sauce (a Martha Stewart recipe from years ago), rolls and pumpkin pie.

Does your menu include those crescent rolls that come in the blue can? Or maybe some other heat-and-serve rolls? May I make a suggestion? Pick up an extra can of pumpkin and try these Shaker Squash Rolls. 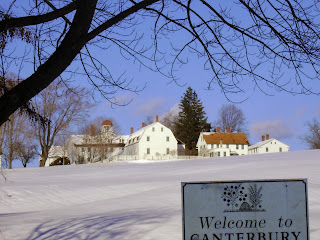 I got this recipe while working as a tour guide for the in and shared it in a pumpkin article I wrote for the Topeka Capital-Journal. The Shakers were a Christian group who came from England in 1774. Shaker communities existed from the east coast to . They were a peaceful people who lived in a communal setting and showed their love of God through hard work. They were also celibate and lived as brothers and sisters, which may explain why their membership has declined to just a handful that now live in . 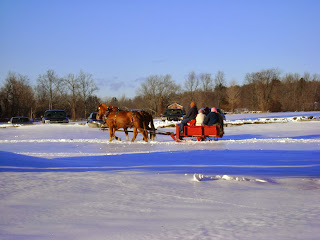 Working at the village was one of my favorite jobs. It’s a beautiful place, and a sense of peace always came over me when I stepped onto the grounds. (Be sure to visit there any time you’re in .) 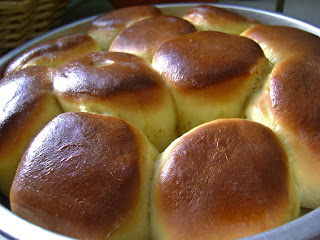 These rolls can be made with any type of squash puree and are somewhat sweet, similar to Hawaiian rolls. What I like about the recipe is you cut the rolls out like you would biscuits. To make ahead, you can either freeze or refrigerate the unbaked rolls and then bake when ready. (Do this after they are cut out and placed in the baking pan, but before the final rise.)  Just give them time to warm-up and rise before you
bake.

Believe me, these rolls are worth the time. I plan to make mine the day before. They will also taste great along side a warm bowl of soup, stew or chili throughout the winter. 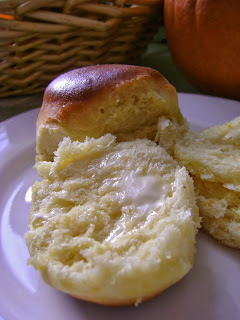 1 cup milk
4 tablespoons butter
3/4 cup sugar
1/2 teaspoon salt
1 envelope of active dry yeast
4 to 8 cups flour
2 eggs
1 1/2 cups squash puree or 16 ounces pumpkin puree
Melted butter
Heat milk and butter either on a stove top or in the microwave until the butter is melted. Pour into mixing bowl and add sugar and salt. Stir until sugar and salt are dissolved. Let mixture cool until it reaches 105 to 115 degrees. (When you touch the mixture, it should just feel warm.) Add yeast and stir to dissolve. Let sit for a five minutes until yeast become active.
Mix in 2 cups of flour, plus eggs and squash puree. If using a mixer, mix on a low speed with the dough hook. Add 2 more cups of flour, and then add additional flour if necessary, 1/2 cup at a time, until the dough pulls away from the sides of the bowl. Continue to mix for an additional two minutes until dough is soft and smooth. Turn out onto a flat surface and knead until dough is smooth, soft, and springy.
Place dough into a lightly greased bowl, turning to grease the top. Cover and let rise until doubled in bulk, about 1 to 1 1/2 hours.
Turn dough out onto a lightly floured surface. Roll out the dough to a 1/2-inch thickness. Cut out the rolls with a 2 1/2-inch biscuit cutter. Place the rolls into 2 lightly greased 9-inch round cake pans just 1/8-inches apart. Cover with a towel and allow to rise until double in size, about 1 hour. Preheat the oven to 425 degrees.
Bake the rolls for 15 to 25 minutes, or until golden brown. Brush the tops with melted butter and serve warm.

Mmmmm! They look perfect! I am making gluten-free popovers to accompany our soup course ... very nervous about them, but the recipe is coming from King Arthur's website ... and we have two folks coming to Thanksgiving dinner who require GF options ... so ...

I love recipes like this old and traditional. Once people start making their own rolls they will never turn to the blue can again!!

I hope that your dad will feel better soon.

Have a blessed Thanksgiving.
Catherine xo

Hoping that your dad will feel better soon :) Hope you enjoy your thanksgiving for two, sounds like it could be lovely. Have a fantastic day, these rolls look amazing! I shall be sharing :)

So sorry to hear of your father's chemo treatments effecting his taste buds, Linda. Have you looked into any of the cookbooks available for chemo patients? I can check with Michele if you like.

Thanksgiving for two does sound like a nice break every once in a while. I had to laugh at the Picky Eater for insisting on "the" green bean casserole. So funny, lol...

I have quite a few Shaker cookbooks but I have never been to the Canterbury Shaker Village. I must go one day. Thanks for the reminder and thank you for sharing the Squash Rolls recipe...

Louise, I've wanted to look at some of those cookbooks, but just haven't had the chance yet. We actually did go to my parents for Thanksgiving. Dad's chemo was delayed because they found a spot on his lung. He's have a biopsy today to see if the cancer has spread or if it is just an infection. I'm praying for the latter. I would love any suggestions about food for him that you can pass along, especially with Christmas coming. For a food lover, having your sense of taste altered must be the worst feeling.

I will check with my daughter and ask her which of the books was most helpful. I'll also ask her for any tips she may have. I'll email you as soon as I hear from her. Praying for positive news. Louise