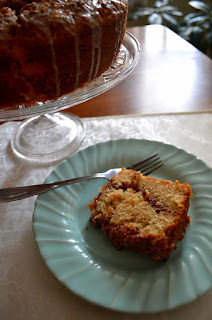 All these come to mind with a whiff of cinnamon.

For many years, I have sprinkled a little cinnamon on my coffee grounds to flavor my morning cup. Even in the summer, I will make cinnamon coffee to wrap myself in this aroma that inspires images of crisp autumn air, brilliant blue sky, colorful leaves, pumpkin pie, and Christmas cheer. As the seasons change, the more cinnamon coffee starts my day.

Ever since The Picky Eater passed away last year, I drink cinnamon coffee almost every day. 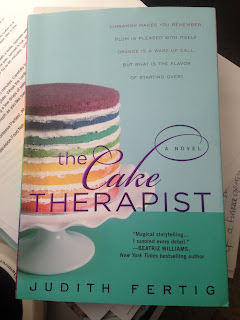 I often wondered why I find this spice so comforting. Then I read The Cake Therapist by . The main character, pastry chef “Neely” , can read people’s feelings through flavors. Then she customizes a delicious confection in the flavor to fit the person. In the book, her character explained:


“When I lived in and went to , I learned that these flavors and their meanings were actually a foundation of ancient Chinese medicine.
Salty translated to fear and the frantic energy that tries to compensate for it or hide it.
was the first flavor we recognized from our mother’s milk, and to which we turned when we were worried and unsure or depressed.
Sour usually meant anger and frustration.
Bitter signified matters of the heart, from simply feeling unloved to the most overwhelming loss of a great love. Most spices, along with coffee and chocolate, had some bitterness in their flavor profile. Even sugar, when it cooked too long, turned bitter. But to me, spice was for grief, because it lingered longest.” 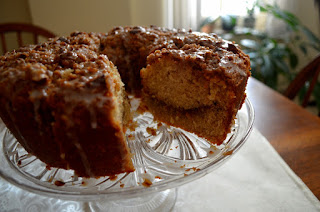 In the book, Neely associates cinnamon with remembering.

During one scene in the book, the characters enjoyed a sour cream coffee cake full of cinnamon, and I knew I had to make one myself. This recipe is inspired by one I found from Ina Garten, the Barefoot Contessa. I like how she baked it in a tube pan instead of a bundt or cake pan. However, I wanted more cinnamon flavor than I found in her recipe. And I didn’t have sour cream on hand, but yogurt worked just as well. 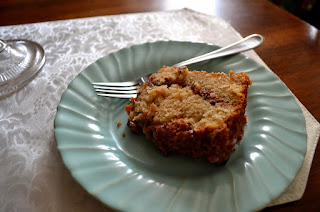 This coffee cake is moist, flavorful, and delicious. I shared it with some of my neighbors, and they
agreed.

I see myself making it often in the future.

Preheat the oven to 350 degrees F. Butter and flour a 10-inch tube pan. Set aside.

To make the cake: In a medium bowl, whisk together the flour, baking powder, baking soda, kosher salt and cinnamon until well combined. Set aside.

In the bowl of a stand mixer with a paddle attachment, cream together the butter and sugar until light and fluffy, about 4 minutes. Add the eggs, one at a time, until blended. Mix in the vanilla and the yogurt. Turn the mixer speed to low and slowly add the dry ingredients, and blend until just combined. Scrape the side and bottom with a spatula to make sure all of the ingredients are blended.

Remove the streusel from the refrigerator. Spoon half of the cake batter into the prepared tube pan and smooth into an even layer. Sprinkle in half of the streusel mixture, and then spoon the remaining cake batter into the pan. Sprinkle the remaining streusel mixture over the top. Place in the oven and bake until a cake tester comes out clean, 45 to 55 minutes.

Allow the cake to cool in the pan for 30 minutes. To make the glaze: Whisk together the confectioners’ sugar, milk and vanilla until smooth. The mixture should be slightly runny.

Remove the cake from the plan onto a serving dish or cake stand. Drizzle the glaze over the top. 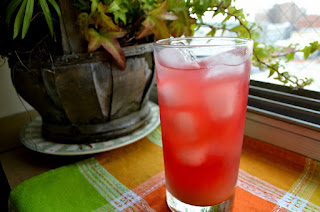 I’ve written in the past about how much I enjoy reading cozy mysteries with recipes included in the plot line. As I finish each book, I copy the dishes that catch my eye with my printer, and then I pass along the book to another genre fan. On my desk is a file folder full of tasty ideas I look forward to testing out in the kitchen. 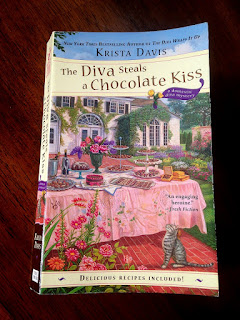 Recently I finished the latest in Krista Davis’s Domestic Diva series, The Diva Steals a Chocolate Kiss. It was fun to get back in touch with , party planner and domestic how-to columnist, and the cast of characters in her life. Yes, there was a dead body, and yes, there were lots of recipes. Lots of chocolate recipes. A chocoholic’s dream!

Once again I longed for ’s kitchen, complete with fireplace, in her Old Town Alexandria, Virginia home, and her pantry/freezer/refrigerator full of ingredients that allowed her to feed her friends at a moment’s notice. I enjoyed this latest adventure very much. Every time I finish a Diva mystery, I begin the countdown to the next one.

I copied many of the chocolate recipes from this book, but none of them seemed suited for summer. So I went to my file and found this cocktail recipe from an earlier book, The Diva Diggs up the Dirt. 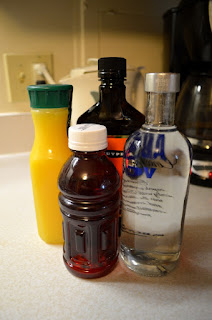 The Sunset Boulevard Cocktail is similar to my Woo Woo Cocktail, but with orange juice slowly poured in to give the drink its sunset effect. The original recipe has double the amount of vodka, but I found it overpowered the peach schnapps flavor and was a bit harsh. After tinkering with the amount, the drink was perfect for my tastes.

I wanted to get a sunset in the photos, but the cloudy sky didn’t cooperate. No matter. The Sunset Boulevard Cocktail was a lovely, flavorful substitute. 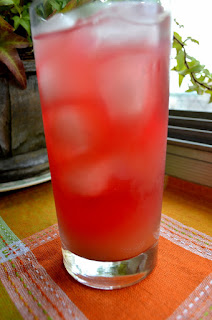 Pour the schnapps, vodka, and cranberry juice into a tall glass filled with ice. Slowly pour in the
orange juice to get the sunset look. 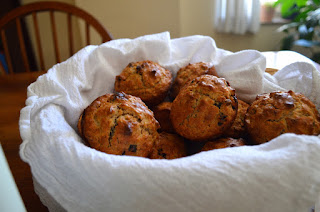 A true sign of a food lover is how long it takes them to explore a new food shop. For me, it can take an hour or more depending on the size of the store. I go up and down every aisle looking carefully at what is offered. Most of the time I purchase way more stuff than I intended, but I leave happy with a multitude of recipe ideas spinning around in my mind.

When I visit Mom at her apartment, we often venture a few miles to the east on U.S. Highway 50 to Tipton and the Dutch Bakery and Bulk Food Store. Owned by a Mennonite family, the store has been around for more than 25 years. 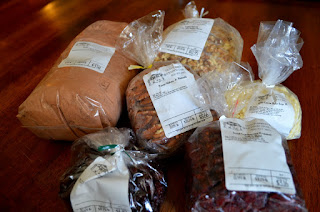 This place is ingredient heaven. Besides the bakery, with its delicious aromas filling the air, and fresh produce section, there are aisle after aisle of bulk food items, already bagged and ready to buy. I always come home with a grocery sack full of ingredients—some I need and some I want to play around with in recipes.

Dried cherries and pecans from my last visit inspired this recipe for Cherry Oatmeal Muffins. It is based on a basic oatmeal muffin recipe I got from the parent of one of my preschool students in many, many years ago. I added dried cherries, chopped pecans and cinnamon to the mix, with tasty results. 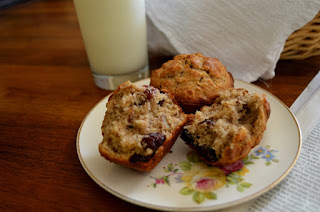 What I like most about this recipe is it makes not-too-sweet muffins. For me, this is the perfect breakfast muffin, as opposed to the more common ones that are almost like eating cake. (Actually, I have eaten cake for breakfast before, usually the morning after my birthday. Isn't that a rule?)

The recipe is easy to mix up, making it possible to bake a batch while the coffee brews. Served with milk, tea, or coffee, these Cherry Oatmeal Muffins are a delicious way to start the day. 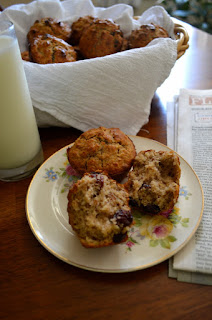 Pour the milk into a measuring cup or small bowl. Add the oatmeal, stir, and let stand for 15 minutes.

Preheat the oven to 350 degrees F. Spray the cups of a muffin tin with non-stick cooking spray. Set aside.

In a large bowl, whisk together the flour, sugar, baking powder, cinnamon, and salt. To the milk-oatmeal mixture, add the egg and oil, and stir to combine. Pour the liquid mixture into the flour mixture and stir until the ingredients are just combined. Then fold in the dried cherries and pecans.

Spoon the mixture into the muffin tin, filling each cup about 2/3 full. Bake for 18 to 25 minutes, until the muffins are golden brown. Serve warm. 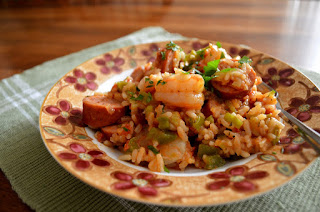 There is something about summertime that makes me crave New Orleans-style food. Maybe it’s the heat and humidity, which brings to mind images of ornate iron balconies, people slowly strolling down , and jazz music flowing out club doors in the thick, humid air. Perhaps it’s the spicy seasonings of home-style dishes that seem ready-made for the heat that settles over everywhere this time of year. 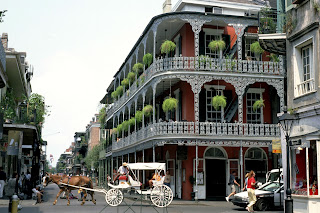 Of course, I’ve never actually been to . My images all come from cookbooks and travel magazines. I have , , , and to thank for introducing me to the flavors I will always associate with a vibrant city and region I hope to visit someday soon.

Jambalaya is a favorite dish I’ve made for years. The original recipe isn’t difficult, but this skillet version is even simpler since it utilizes leftover rice. (Now you have something to do with those containers of white rice that always seem to be left after every take-out Chinese meal.) Everything is cooked in the skillet, so clean-up is minimal. Best of all, the taste is…wow!  (Or should I say, “Bam!”) 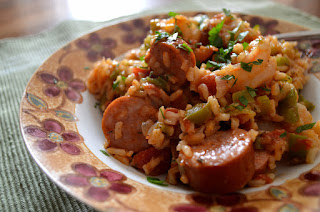 Heat the oil in a large skillet over medium heat. Add the onion, green pepper, and celery. Saute until tender and the onions are translucent. Add the garlic and cook for a bit until it become fragrant, about 30 seconds. Stir in the diced tomatoes and Creole seasoning. Add the smoked sausage and cook until it’s heated through. Add the shrimp and cook for 2 minutes. Then stir in the rice and continue to cook until the shrimp is cooked and the rice is warm. Serve.

Place all of the ingredients into a bowl and stir to combine will. Store in an air-tight container. (I use a Mason jar.) 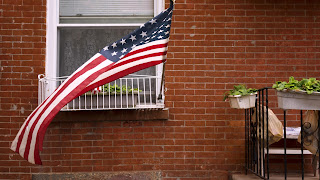 Ah, it summer and the living is easy…or so the saying goes. Frankly, I’m not a fan of the heat and humidity. Give me a foot of snow any day!

However, summertime holidays like July 4th are a great excuse to enjoy some dishes perfect for this time of year. Besides my Creole Shrimp Boil and Peach Sangria recipes, here are some of my favorites for this holiday weekend and the rest of the season: 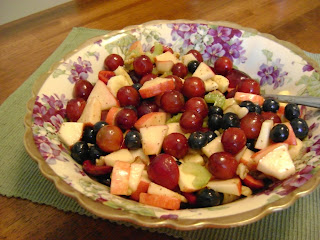 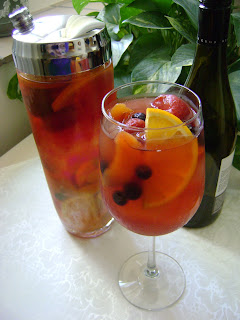 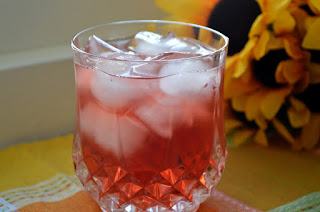 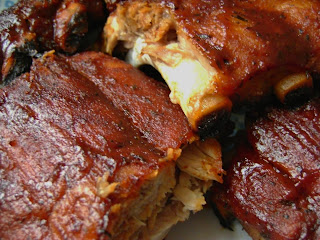 BBQ Ribs with my homemade rub and sauce. 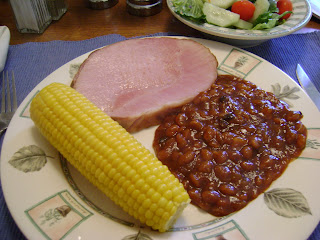 Birthday Baked Beans was created for The Picky Eater’s birthday, and he would ask me to make “his” baked beans all summer long. 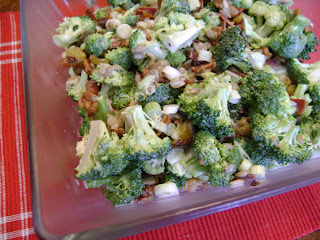 Mamaw’s Broccoli Salad is requested at almost every family cookout. 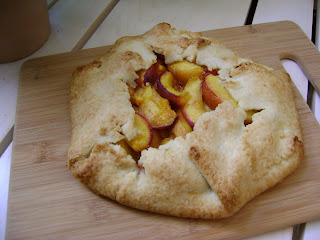 A Rustic Peach Tart has all the taste of pie without the hassle of a perfect crust.
Posted by A Sunflower Life at 12:30:00 PM 1 comment: