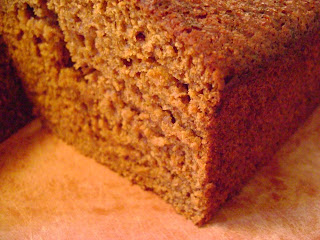 In the beginning, there was Clotilde Dusoulier.


The beginning of food blogging, that is. And no, she was not the first, but she’s considered one of the best. Her blog, Chocolate & Zucchini, has been around since 2003, and since then she has authored a number of cookbooks, including one named after her blog. 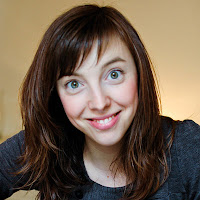 I first heard about Clotilde a number of years ago, but I never got around to investigating her blog. What a mistake! Thank goodness she was this week's selection from the Gourmet Live list of 50 Women Game-Changers in the food world that I and a number of fellow food bloggers are paying tribute to by posting a recipe from each on Fridays. (See the list below.) I enjoyed getting to know this young Parisian who discovered her love of food while living in the area for two years after college. She returned to and continued to pursue her food passion. And then she started to share it with all of us. 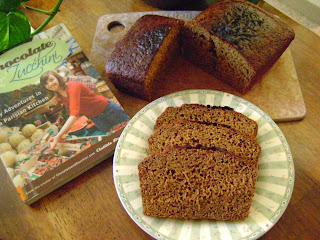 The recipe I chose for this week was Clotilde’s Pain D’Epice—Honey Spice Loaf. It is a cake common to the honey producing areas of that is full of warm spices. It reminds me a lot of gingerbread, but with a delicate sweetness and very moist crumb from the honey. Some friends who tried the cake thought it would taste even better with some fruit included—apple or raisins. Clotilde suggests candied ginger or orange peel. I liked it just the way it is, but I do think raisins would be nice. (As you can see, it got a little too dark on top--I'm off to buy an oven thermometer this weekend!) 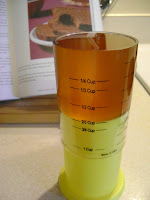 Since honey takes center stage in this recipe, it is important to use a good one. This is not the time for the one in the plastic bear-shaped squirt bottle. I used a local honey I purchased at last Saturday’s farmer’s market.


Clotilde recommends making the cake a day ahead to give the honey and spices “time to bloom.” She also says the taste varies depending on how thin or thick you slice the cake. Test it out to discover your favorite slice. She likes to eat it toasted alongside a pear, but she said many people eat it with butter. I enjoyed it all by itself as well as toasted with butter.


Preheat the oven to 350 degrees. Grease the bottom and sides of a 9 by 5-inch loaf pan with oil, and line the bottom with parchment paper.


Combine the milk, honey and molasses in a small saucepan. Set over medium heat and heat the mixture without boiling, stirring with a spatula until dissolved. Set aside and let cool as you go on with the recipe. 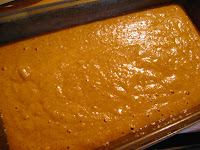 Form a well in the center of the flour mixture. Pour in the milk mixture slowly and whisk in a circular motion, starting from the center, until all the flour has been incorporated—the batter will be thin. Fold in the ginger and/or orange peel, if using. Pour the batter into the prepared loaf pan and bake for 40 to 50 minutes, until the surface is brown and a knife inserted in the center comes out clean. 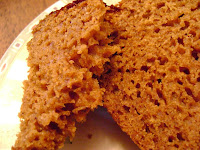 Transfer to a rack to cook for 20 minutes. Run a knife along the sides of the pan to loosen the loaf, and unmold. Let cool completely, wrap in foil, and let rest at room temperature until the next day.

It sounds wonderful and perfect for the season.

That honey spice loaf sounds so warm and inviting. I think I could eat it plain or with some fruit in it.

I ate this in France last year and it was one of my favorite things ever.

Linda, This looks fantastic! I remember when I was in Holland having a wonderful honey spice loaf that was served with breakfast everywhere we went. I will have to give this a try.

Interesting, Allison! Thanks for the information.