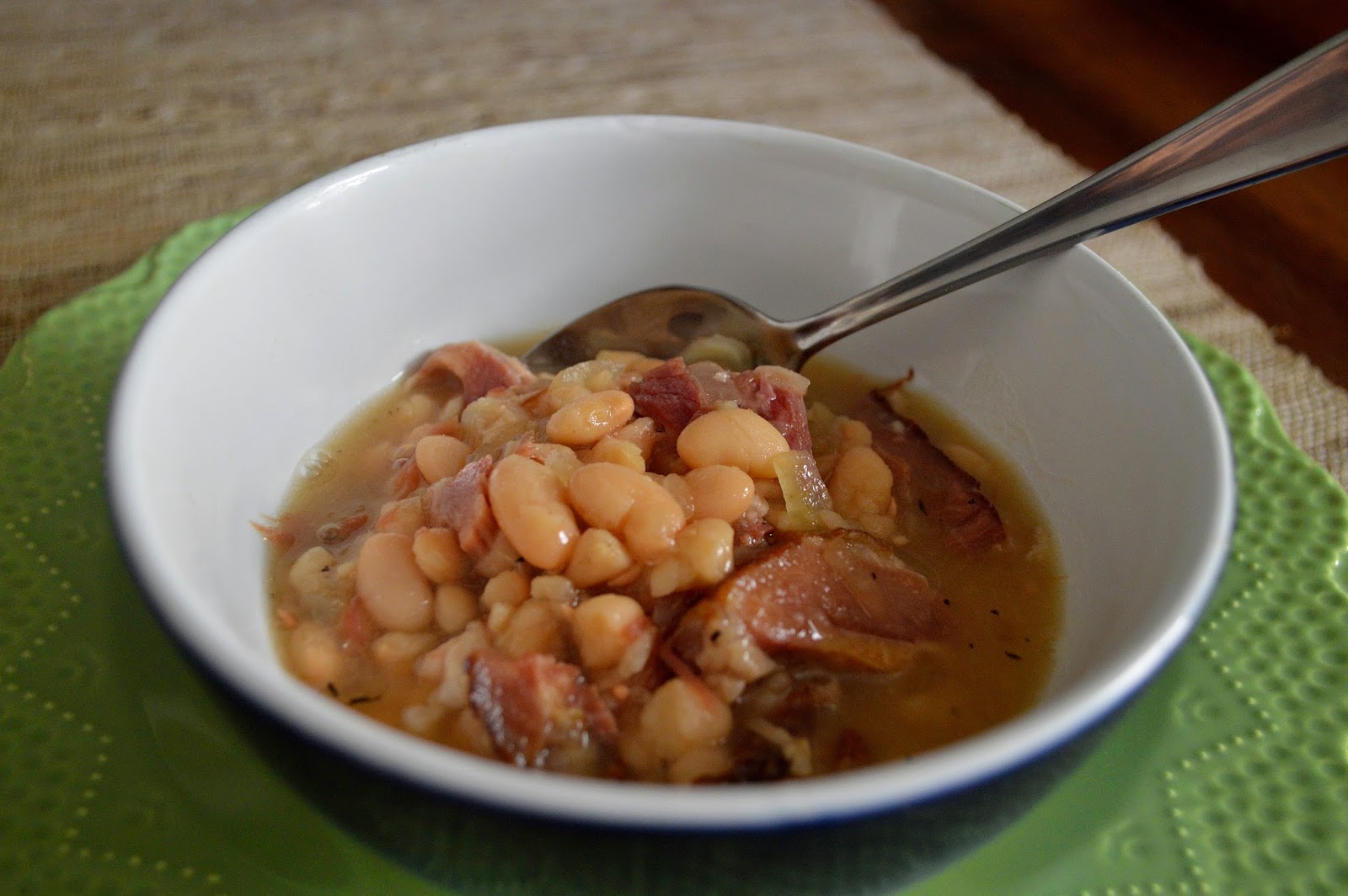 I’m beginning to feel more like myself again. While the underlying sadness of losing The Picky Eater is still there, now memories of him bring more smiles than tears. I’m glad. He was such a happy person and I want to remember him in happy ways.

Here is one example: A few days ago I was organizing my freezer. You know how it is when items migrate to the back and you discover a pork chop from 1999. Well, my freezer wasn't that bad, but it could be if I didn't keep on top of it.

In my digging, I discovered a large bone and bits from a ham The Picky Eater ordered off of a home shopping channel last holiday season. My sweetie was a very trusting person and believed every sales pitch he saw, which got scary when he watched those channels when I wasn't around to help him see the reality of what they are selling.

That’s what happened on a late November afternoon. I came home from somewhere to his excited announcement, “I just bought a ham. It looks so good!”

Oh no! I tried to be equally excited. “That’s great,” I said, then asked the inevitable, “How much did it cost?” 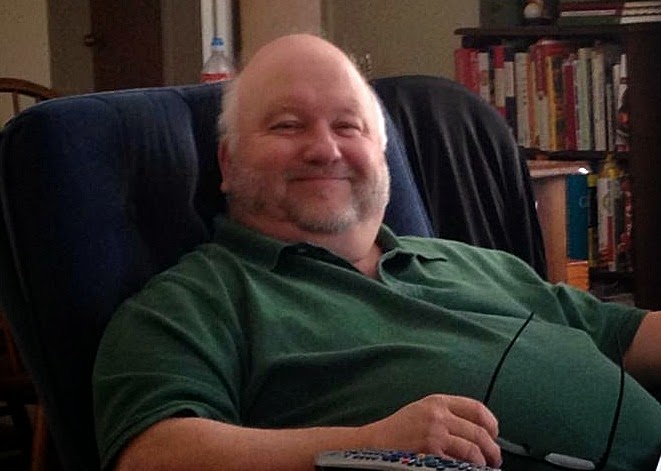 I could see the wheels turning in The Picky Eater’s mind. Then he gave me a sheepish smile. “Yeah, I guess I did. That was too much, wasn't it?”

Actually, the ham was both delicious and huge. We had many dinners and sandwiches from it, and my just-discovered the leftovers would make one more meal—a pot of old-fashioned ham and beans. 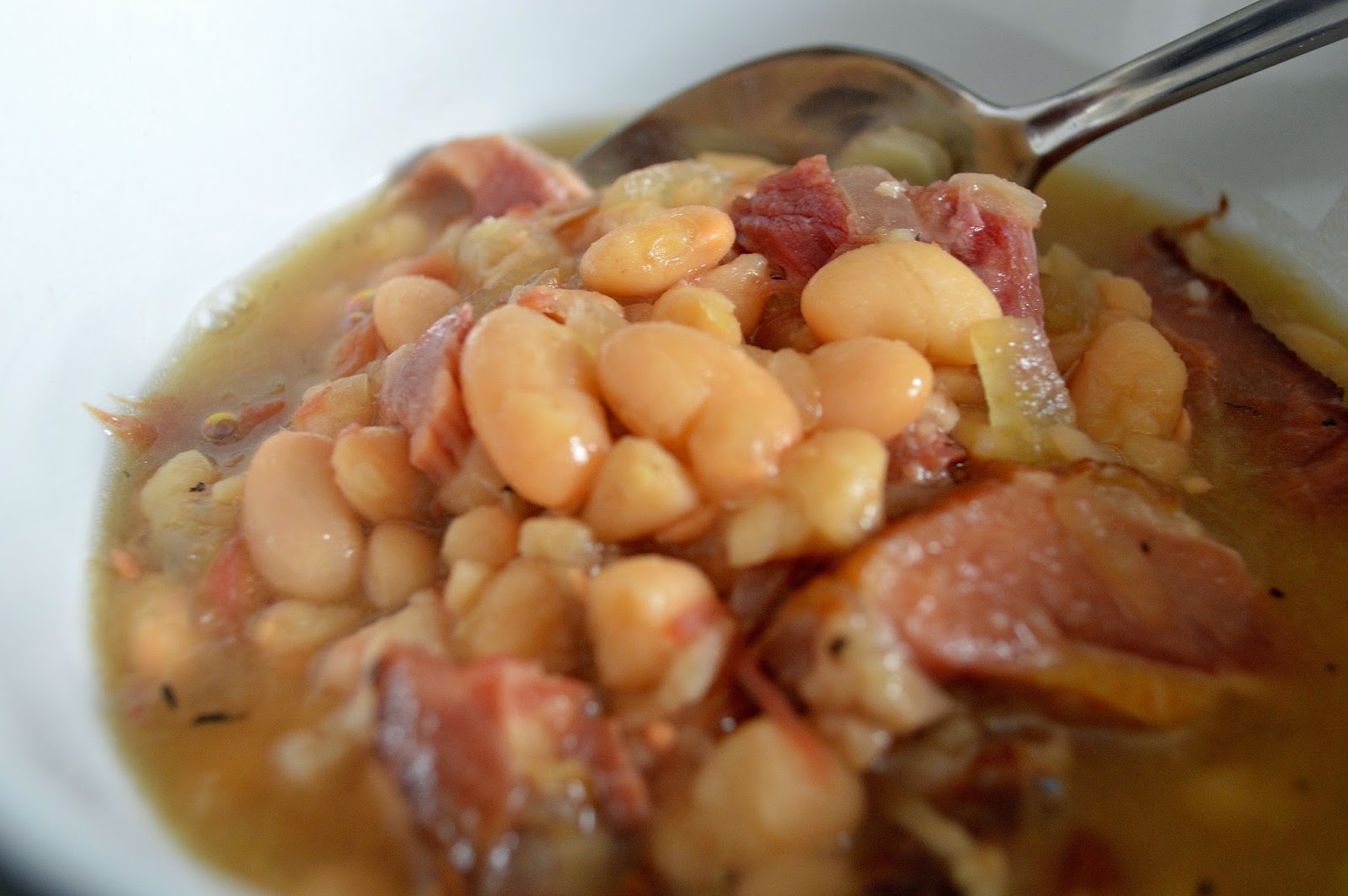 I grew up eating this dish a lot, usually with a large slab of cornbread on the side. It was a meal I missed when living in , where a leftover ham bone was used for split-pea soup, and no one seemed to like it paired with beans. When I moved to , I was thrilled to find ham and beans on many restaurant menus. Of course, The Picky Eater didn't like it, so I never made it at home.

My only complaint about this dish is it can be a little bland. So instead of using all water, I used part water and part chicken broth. I also added thyme and a bay leaf. One important note: ’t add salt. is very salty, so there should be plenty in the finished dish. If you don’t have a ham bone, just use a ham hock or ham steak instead.

Slow-Cooker Ham and Beans
Serves 6 to 8 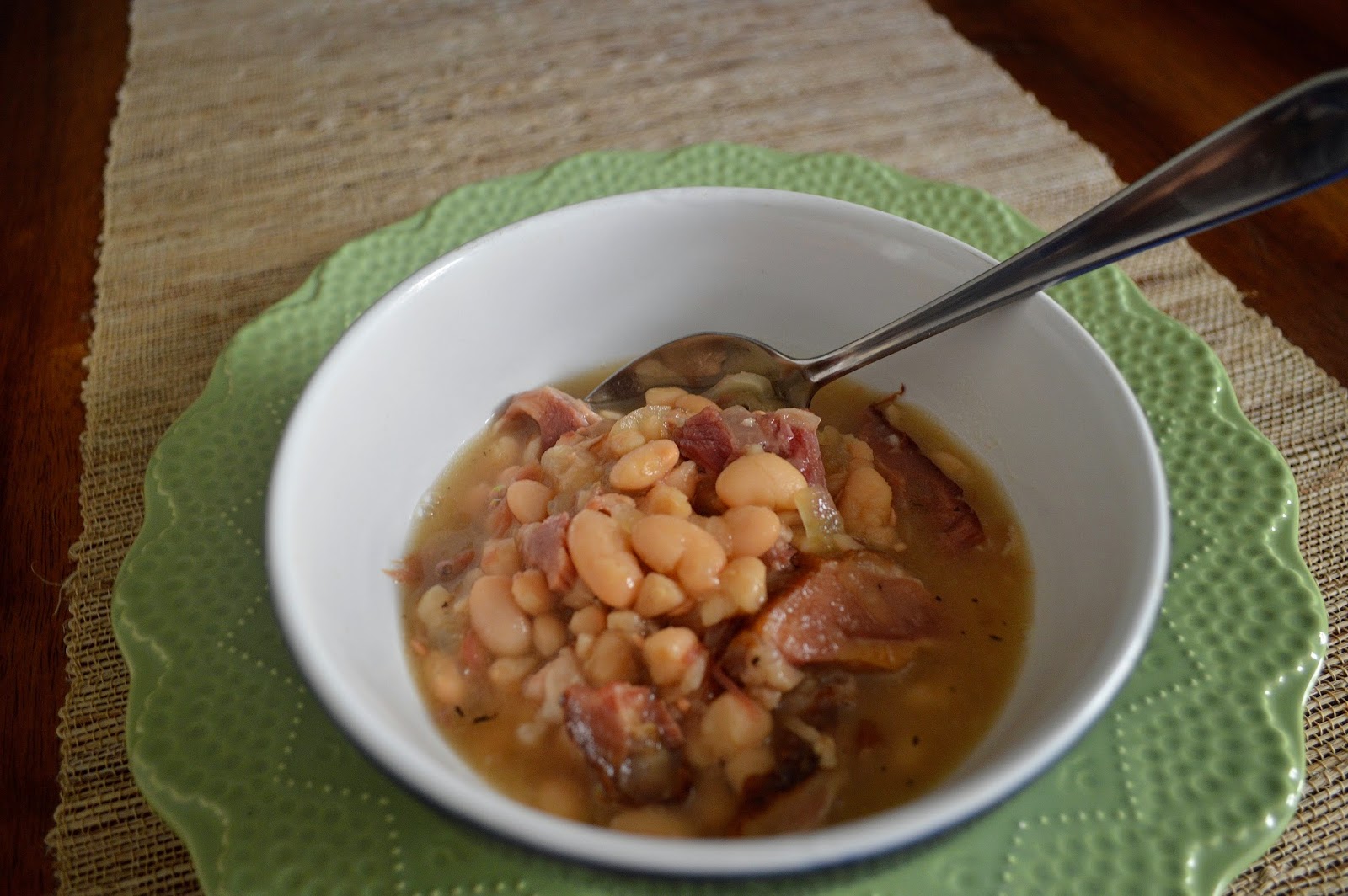 Rinse the beans and remove any stones or discolored beans. Add them to the slow cooker. Add the remaining ingredients. Cook on low for 7 to 9 hours, or until the beans are tender. Remove the bone and cut up any large bits of ham before serving.

I can attest to the fact that her slow-cooker ham and beans were delicious, as I had a bowl of it for dinner last night!! Thank you neighbor!! Mike is smiling about his purchase!! :)

Ahhhh - what a lovely memory and a delicious hearty dish so worthy of The Picky Eater. I'll raise a glass to more smiles than tears!

I love this, the story made me smile :) Glad you are feeling more yourself, and thank you for this recipe! Any slow-cooker recipes are fine by me :)

I too am glad to hear that you are feeling more like yourself LInda.

I love this story, those moments are treasures:) I've been making a lot of beans lately and to be perfectly honest, the first thing that comes to my mind with a leftover ham bone is pean soup! You would think I would think beans! Well I do now!

Lately when my soups have been on the border line of bland, I've been adding a bit of Bell seasoning. Seems to brighten them up a bit. Marjoram is another favorite for beans and peas:)

Thank you so much for sharing, Linda...Sounds like your neighbor enjoyed it too:)

It's been a spell since I've had ham and beans. Tis this season. I'm so glad you're feeling some peace.