Why Books Matter—Review of The Hate U Give 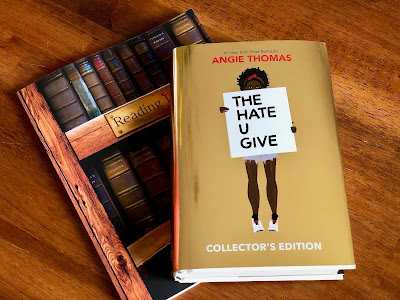 “Sometimes you can do everything right and things will still go wrong. The key is to never stop doing right.”

The Hate U Give first caught my attention while I was driving to cover a school board meeting after becoming the education reporter for the Topeka Capital-Journal. (Which is also why I haven’t posted on here a lot lately. Sorry!)  I was listening to “All Things Considered” on NPR. They were doing interviews about the book’s movie version, which was released that weekend. 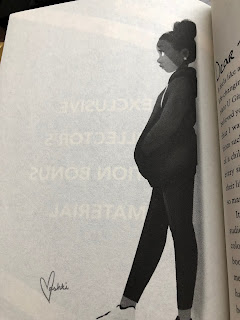 Author Angie Thomas talked about growing up in a mostly black, poor neighborhood in Jackson, Mississippi.  She said, “And I went to a mostly white, upper-class, private school just 10 minutes away from my home. But in 10 minutes, it was like going into an entirely different world. So, I overcompensated by doing what's called code-switching. I would make myself more presentable I thought. I was careful of how I spoke. I was careful of how much emotion I showed. And it was a struggle because so often I was silent on things that mattered to me.”

I had just written a story about the College Prep Academy started in the public-school system here in Topeka. Middle school students could join to spend half their day at a new, beautiful school learning at a higher, more intense level to start preparing for a college future. The first group came from schools in Topeka’s poorer and more racially-diverse neighborhoods.

In other words, Thomas was describing those students. Kids that tugged at my heart because I knew they were trying to better their lives while dealing will all kinds of crap around them. Young people I’m cheering for, praying for, and hoping for their success.

But also, young people I know little about. Seriously, what does a middle-aged white woman who grew up in a typical middle-class family with two parents and a sister know about life in “the hood?” I’ll tell you what she knows—the stories in the paper and on the evening news depicting violence, drugs, and poverty. Not the people, and certainly not kids blossoming into adulthood.

So, I knew I had to read this book.

I just finished it last night, and I was blown away. I knew nothing. Absolutely nothing. The book taught me just how much I don’t understand about being black in America.

Or Asian
Or Latino
Or any minority. 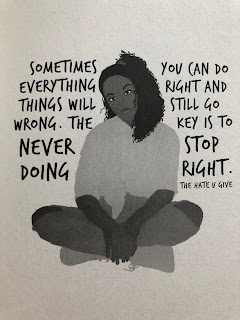 I thought I wasn’t a prejudice person. I still don’t think I am, but this book showed me areas where I was letting unconscious bias cloud the way I thought about those news stories, and sometimes the people I met in person.

But I can listen. And learn. And try to understand, starting with this book.

The Hate U Give should be mandatory reading for everyone but at the very least our young people and their parents. It should also be discussed openly and non-judgmentally.

By the way, for the record, I can’t stand green bean casserole, but I do think mac and cheese bubbling from the oven is a meal. It’s also a good side dish.

Why Books Matter is a new segment I’m starting on my blog. I’ll write about the books I’m reading, especially ones that strike a chord with my heart. I gave it this name because, to me, books can reach people and instigate change more than anything else in the world other than education. Best of all, you can go back to the good ones time and time again.
Posted by A Sunflower Life at 11:40:00 AM