I’m not a morning person, as you know.

When my traveling companion, The Captain, and I planned our drive to New Orleans for a Carnival Cruise, leaving a couple of days early to stop in Memphis on the way seemed like a good idea.

However, when my alarm went off at 5-o’dark am, I had second thoughts. But I knew we would only have about 24 hours in Memphis before heading to NOLA. Somewhat on autopilot, I rolled out of bed, threw on the clothes I laid out the night before, and fired up the Krueg to fill my travel mug. By 6-o’dark, we were on our way. 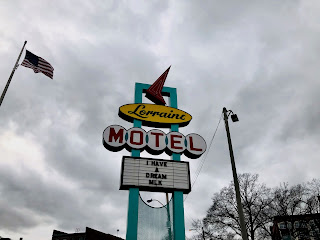 Number one on both our bucket lists for this trip was a visit to Graceland, which we planned for the next day. However, we are both history buffs, so our goal was to get to Memphis in time for a visit to The National Civil Rights Museum. 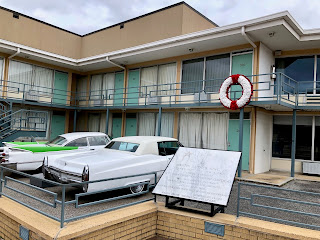 Though it is located at the former Lorraine Motel, where Dr. Martin Luther King Jr. was assassinated on April 4, 1968, this museum’s scope reaches way beyond his life and mission. Our visit started with the A Culture of Resistance: Slavery in American exhibit. As I read about the almost 400,000 slaves brought to the United States and saw drawings and replica of the conditions aboard slave ships, I started to cry. Add to that the statue in the middle of the room showing a woman and baby being auctioned as if they were livestock, and my heart broke.  I kept thinking, “How did we ever come to think slavery was okay?”

I guess once you dehumanize a race of people, it becomes easy. 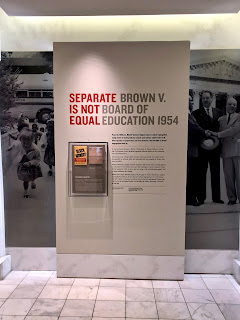 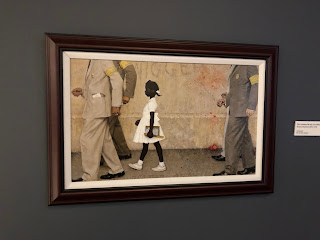 As I continued through the museum, there was an entire section dedicated to the Brown versus The Board of Education, which made this Topeka, Kansas resident proud. 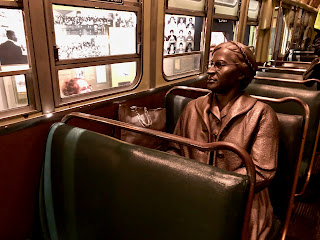 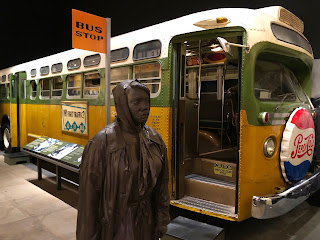 And there was a great exhibit on the Montgomery Bus Boycott of 1955, with an actual bus and a figure of Rosa Parks.

And yes, there was plenty to see about Dr. King. The museum featured his work throughout the civil rights movement, ending with a viewing of the room where he stayed before his death. Across the street is the Legacy Building inside the boarding house where James Earl Ray was staying and fired the fatal shot. Exhibits also show the legal case against Ray and a number of conspiracy theories so visitors can decide for themselves what might have actually happened.

Elvis Presley may have drawn us to Memphis, but this museum is a gem and shouldn’t be missed. 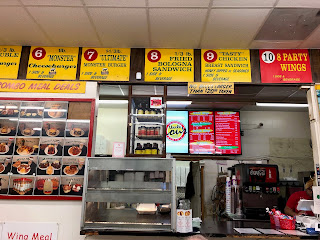 After our museum visit, it was time to find a place for dinner. Of course, when you think of Memphis, you automatically think of barbecue. However, since I live in the heart of Kansas City-style smoked goodness, I wanted something different. After a Google search, we wound up at Uncle Lou’s Fried Chicken.

This restaurant was featured on Guy Fieri’s "Diners, Drive-ins, and Dives" on the Food Network, primarily because of Uncle Lou’s Sweet Spicy Love sauce. Uncle Lou was right there to make us feel welcome.

We ordered our chicken homestyle because The Captain didn’t want any sauce, but I got a container of it on the side to try. While the chicken was fried perfectly, the sauce makes all the difference. If you go there, order your chicken with the sauce. Trust me!

Check out this short clip of Guy's visit to Uncle Lou's.

After dinner, we settled in at our hotel to rest up for the next day’s main event—Graceland!