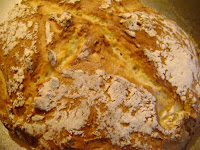 So what does soda bread have to do with Dorothy Hamilton, the founder of The French Culinary Institute and this week’s selection from the Gourmet Live list of 50 Women Game-Changers in the food world? Stick with me and I’ll explain, though this is the first week since I joined the group of food bloggers who are paying tribute to the list by posting a recipe from each woman on Fridays that the person we are acknowledging doesn’t have a lot of recipes from which to select. 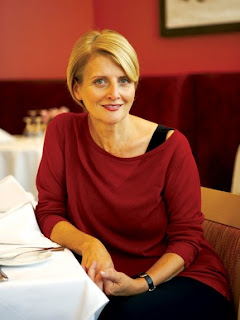 It seems that Ms. Hamilton was so busy establishing one of the world’s most premier culinary schools, which has evolved from The French Culinary Institute she stared in 1984 to the current International Culinary Center, that she didn’t have time to write a cookbook!  I guess building culinary programs in New York, San Francisco, and Italy tends to keep a person busy, not to mention winning awards such as a Silver Spoon award from Food Arts magazine; the 2006 and 2010 IACP Award of Excellence for Vocational Cooking School; Chevalier du Mérite Agricole (Agricultural Merit Knighthood) from the French government; a knighting by the Association Internationale de Maîtres Conseil dans la Gastronomie Française; the Outstanding American Educator Award from Madrid Fusion, the Diplôme d’Honneur of the Vatel Club des Etats-Unis, and Dame de l’Anée of the Académie Culinaire de France in 2006.

What’s a food blogger to do when her subject was too busy training exceptional chefs to write down some recipes? (There are a few out there, but not many.) Well, this food blogger turned to a member of the FCI’s faculty.

I first heard about FCI as a fan of chef Jacques Pepin. He is the Dean of Special Programs and considered one of the best known culinary teachers in the world. 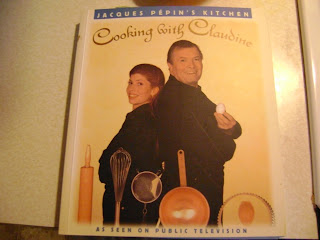 And so, that is how soda bread became today’s recipe. I first saw Chef Pepin make this with his daughter, Claudine, on a television cooking show they did together, and I have used it ever since. When you want fresh bread with a meal but don’t have the time to go through the kneed, rise, kneed, rise process, this bread comes together in minutes, though it does take a while to bake. Ironically, it's not a true soda bread.  Chef Pepin replaced the buttermilk and baking soda with regular milk and baking powder. No matter…the results are delicious. (And it makes great toast the next morning! I like it with orange marmalade.) 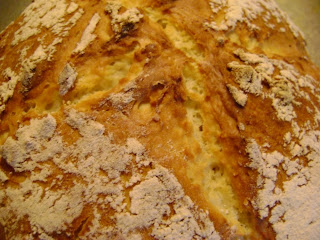 Preheat the oven to 425 degrees. Reserve 1 teaspoon of the flour, and combine the remaining flour with the salt and baking powder in a large mixing bowl. Add the milk, and mix gently and quickly with a wooden spatula until the mixture forms into a solid mass. 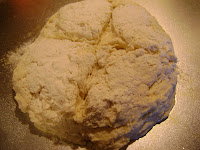 Oil an aluminum nonstick baking sheet with the canola oil, and place the dough on the sheet. Using a piece of plastic wrap, press and mold the dough to create a round loaf about 7 inches in diameter and 1 inch thick. Sprinkle the reserved teaspoon of flour on top of the load and, using a serrated knife, make two intersecting 1/4-inch-deep cuts across the top surface of the loaf to create a cross. 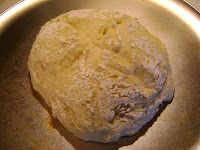 Place a stainless steel bowl upside down over the bread, and place it in the 425-degree oven for 30 minutes. Uncover, and cook at the same temperature for another 30 minutes. [In my oven it only took another 20 minutes, so keep an eye on the bread.] 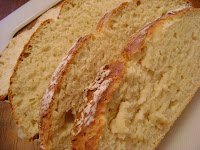 Using a hamburger spatula, remove the bread from the baking sheet, and set it aside to cool on a rack for at least 30 minutes before slicing and serving. [I only waited about 10 minutes—I was in a hurry!]

I have been searching for a good French Onion soup for which this soda bread would be the perfect bread for sopping up of the juices!

I had planned to make Jacques's onion soup to go with this bread, but I didn't have the time. Here's a link to the recipe I planned to make. http://www.food.com/recipe/jacques-pepins-onion-soup-gratinee-142658

Your soda bread sounds fantastic - it is ironic that Dorothy Hamilton doesn't have a cookbook isn't it? I too had a difficult time finding a recipe.

Mmmm - soda bread. Love it and can't wait to try this recipe.

I had no idea that soda bread could look like this, what a crust, and it rose so well. I will definitely try this for my next soup night.

I just made this bread. It's delicious. It has a dense texture, almost like a pretzel, but a thick, crunchy crust. Totally delish for a quick, no yeast dough!

I know, Kris. Isn't this bread great! It is my go-to recipe when I need bread fast. I never thought out pretzel like it was until you mentioned it.

Why is baking powder used if its called soda bread? Do the French mean baking soda? Should we use both?

I love this recipe. I'm glad you brought it back for an encore. Have a wonderful day. Blessings...Mary