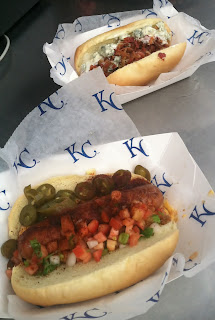 July is National Hot Dog Month, and I think of them as a summertime staple. Keep a package in the freezer and you’re ready for a cookout anytime! One of my favorite places to eat hot dogs is at a baseball game, so I took these photos at a Kansas City Royals game a little over a week ago. I also thought I’d share some hot dog history tidbits.

Just how popular are hot dogs?  Each American eats approximately 60 hot dogs every year, and on July 4th we enjoy 150 million of them. If you lined up each of those dogs, they’d reach from Washington, D. C. to more than 5 times.

No one is exactly sure where hot dogs came from. One clue: In the 1600s, a butcher brought his sausages to . They became so popular that people called them frankfurters, which is another name for hot dogs.

However, hot dogs are also called wieners, a name that comes from a city in . The city, , is spelled Wien in that country, and it sounds like “veen.” The sausage’s name is pronounced “veener” in , but here it sounds like “weener.” 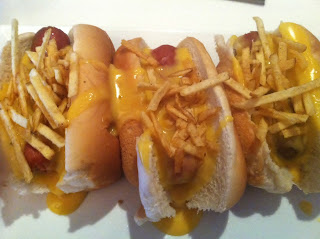 In the 1800s, some frankfurter and wiener makers immigrated to the . Many immigrants sold their sausages and hot dogs from pushcarts and wagons. One immigrant, a man named Anton Ludwig Feuchtwanger, sold his frankfurters at the 1904 St. Louis World’s Fair. He gave everyone a pair of white gloves so they could keep their hands clean and not burn their fingers as they walked around. Unfortunately, a lot of people didn't bring the gloves back. So Mr. Feuchtwanger asked his sister’s baker husband to make a soft roll to hold the frankfurters. Many people think this was how the hot dog bun was invented. However, historians say the Germans have always eaten sausages with bread. 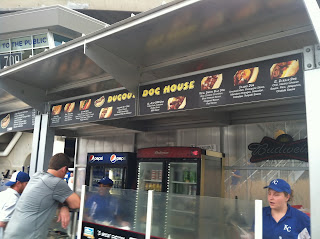 German immigrant Chris Von de Ahe, owner of a bar and the St. Louis Browns baseball team, was the first to sell frankfurters at baseball games in 1893. (The Browns moved to Baltimore in 1953 and became the Orioles.)

You’ll hear a lot of different stories about how hot dogs got their name. The most popular is the tale of a sportswriter and cartoonist named Tad Dorgan, who was watching a baseball game at the Polo Grounds in on a cold April day sometime in the early 1900s. (No one knows for sure the exact year.) He heard the sausage vendors yell to the crowd, “Get your dachshund sausages while they’re red hot!” 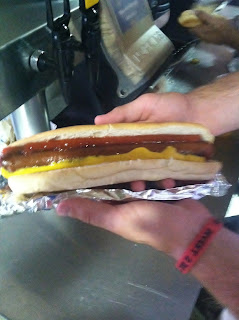 Dorgan decided to draw a cartoon of a vendor selling a sausage that looked like a dachshund dog with a head and tail. When he started to write the caption, he couldn't spell  dachshund. Instead he wrote “hot dog.”  The cartoon was a big hit, and people began using “hot dog” instead of “frankfurter,” “wiener,” or “dachshund dog.” It’s too bad no one has ever found a copy of Dorgan's hot dog cartoon. In fact, most hot dog historians think the story is just a legend.


In 1939, President Franklin D. Roosevelt and his wife, Eleanor, served hot dogs to ’s King George VI and Queen Elizabeth at a picnic held on the president’s estate in . I wonder what royalty puts on their hot dogs.

What do you like on your hot dog? My favorite way to eat them is with mustard, hot pepper relish, and a little chopped onion. I also love Chicago-style dogs. 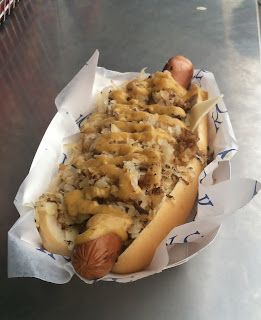 In fact, how you eat your hot dogs often depends on where you live in the : 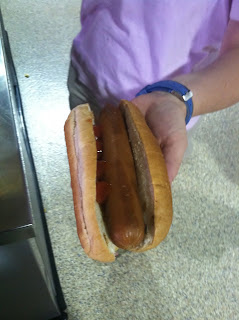 Now that you know a little more about hot dogs, grab a package of dogs and buns, plus some of your favorite condiments, and call up some friends and family to celebrate summertime and this All-American meal.

Yum! I have some Schonland's Hotdogs in the freezer ... I'm thinking chilidogs coming my way!

I love chili dogs, Susan! Humm...we haven't had them in a while. I may have to change that fact!

Louise, wow, I found a tidbit you didn't know? Your posts are so filled with info...I learn so much from them!

Dear Linda, I love a good hot dog! The history of the hot dog is terrific!
Blessings dear. Catherine xo

If you have a chili dog Linda, don't forget the shredded cheddar cheese!

Don't worry Kirk, I won't! Plus some onion and mustard!