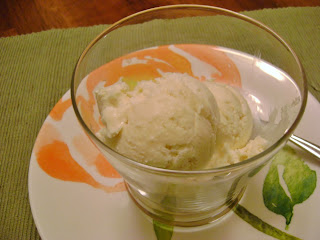 Sometimes summer can be torture. No, I’m not referring to the stifling heat and humidity, or the skimpy clothes that, on someone with my curves, send small children screaming to their mothers. I’m talking about all of the wonderful recipes for homemade ice cream to be found in magazines and cookbooks, or floating around on the internet, and me without an ice cream maker.

Then one magical afternoon, I watched a rerun of a Nigella Lawson cooking show. There she was, in full view, making bitter orange ice cream without a churn! It looked so easy and sounded so delicious. I was intrigued.

Nigella's website lists a number of no-churn ice cream recipes. Most call for heavy cream, confectioner’s sugar, and a flavoring of some kind.  One of her recipes called for sweetened condensed milk instead of sugar. All of the recipes instructed readers to put the ingredients into a mixing bowl and then whip until soft peaks form. 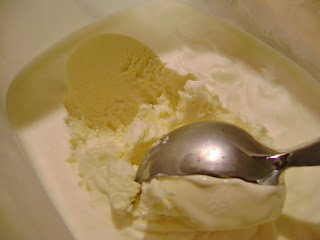 No egg yolks. No cooking. No churn. Simple!

I decided I wanted to try a basic vanilla no-churn ice cream. Once I had it mastered, it would just be a matter of adding different ingredients to change-up the flavors. So I went to the internet and found many recipes, but these all called for whipping the cream separately to stiff peaks and then folding it into the flavored sweetened condensed milk.

First, I tried it Nigella's way. Epic fail! The mixture never whipped. My guess is my cream-to-sweetened condensed milk ratio wasn't correct. Whatever the reason, the mixture just stayed a loose liquid. (I’m curious to try the recipes with confectioner’s sugar to see if they work better.)

So I went to the whip-the-cream-separately method. 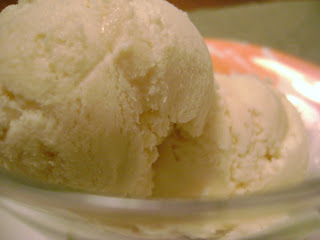 The ice cream was amazing and tasted like my Mom’s homemade version she makes in an ice cream churn. It was so rich and creamy you would swear there were eggs in the mixture. Plus, the ice cream scooped smoothly out of the container with no ice crystals.

I did discover the longer this ice cream is in the freezer, the less smooth it becomes. However, I think that may be because I froze it in a larger container than necessary, leaving the ice cream exposed to more air than in a smaller container. Anyway, it still tasted wonderful.

The Picky Eater and I devoured the first bowls, while I called Mom to tell her of my discovery.

Now I plan to spend the summer trying different flavor variations. I think chocolate has to come next.

Something to look forward to as the season steams onward. 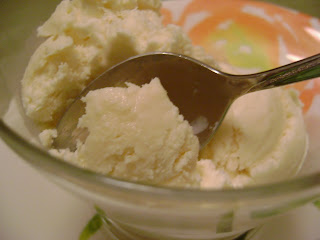 In the mixing bowl of a stand mixer (or with a hand mixer), whip the heavy cream until stiff peaks form. Be careful not to over mix. Cream can change quickly from fluffy to butter. Once stiff peaks are reached, set aside.

In a large mixing bowl, whisk together the sweetened condensed milk, vanilla, and salt. With a large spatula, gently fold in the whipped cream until combined. 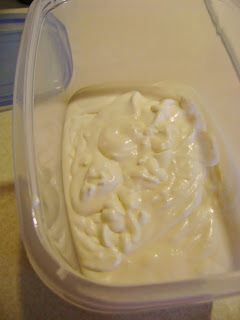 Pour the mixture into an air-tight freezer container (or a loaf pan, which you will cover with plastic wrap.)

Place in the freezer and allow to harden for at least 6 hours before serving.

Linda, I have an ice cream maker but I would love to try this ice cream. It looks so creamy! My mouth is watering.

I suppose my excuses for not making ice cream have just gone out the window. I really need to try it one I mean really I've seen ice cream made in bags and cans how difficult can it be?

Very, to this girl but you have inspired me to give it a try. I might just wait until you perfect the chocolate version though:)

Dear Linda, I don't have an ice-cream maker either! I usually put frozen fruit, milk and sugar in a food processor and process. This sounds better since it can be frozen and stays like an ice-cream texture. (My way you have to eat it all at once!).
Sounds delicious!! Blessings dear. Catherine xo

Oh good for you!!! sounds and looks amazing. As much as I LOVE nigella I sometimes don't have very good luck with her recipes.. Your ice cream looks wonderful!!
Mary x

I used a can of caramel condensed milk, also i used 1 cream, whipped it with the condensed milk, than i added 1 creme fraiche. The result? Fantastic.... the creme fraiche gives it a slight tanginess. Oh, did I forget to tell you that I added a good shot of homemade coffeeliquore???? It turned out sooooo good...

Naschi, that sounds delicious! I'm glad it worked for you and I think I'll have to give your ideas a try!