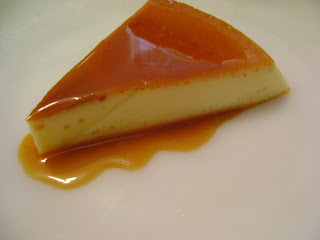 My fellow food bloggers and I have reached week 45 on the Gourmet Live list of 50 Women Game-Changers in food. Almost to the end! This Friday’s featured chef is Diana Kennedy, who is an authority on Mexican cuisine. 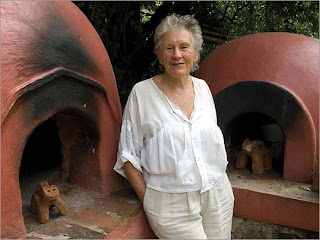 Much the same way Julia Child introduced French food to American cooks, Diana Kennedy brought Mexican cooking to the American home kitchen in 1972 with her book The Cuisines of Mexico. Born in the United Kingdom, the 89 year-old Kennedy has lived in Mexico since 1957. She is the author of nine cookbooks, many of which are more studies of the social aspects of Mexican food than just how-to-prepare books. 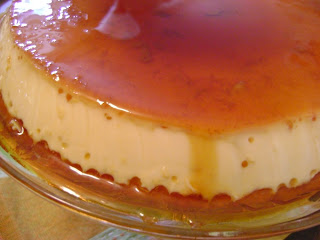 For this week’s recipe, I decided to make Kennedy’s flan, a lovely custard dish with a caramel topping. I’ve made flan many times from a recipe in my Betty Crocker cookbook. Typically I use custard dishes. This is the first time I’ve made it in a large dish. It didn’t turn out as beautiful as I’d hoped. I suspect I baked it for too long, or it may be my apartment oven, with its temperamental thermostat, was a little too hot.


However, the flan tasted wonderful! Cool and smooth with a hint of cinnamon and the lovely caramel sauce. This dessert is the perfect finish to a spicy meal, or a cool, refreshing treat on a hot summer’s day. 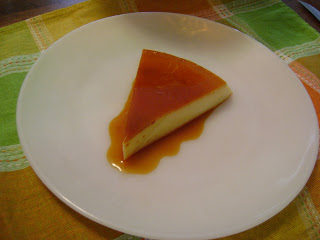 Adapted from The Art of Mexican Cooking by Diana Kennedy


A flan mold, ramekins, or a souffle dish [I used a 9-inch Pyrex pie dish.]


Heat the sugar for the caramel in a small, heavy frying pan over low heat until it begins to dissolve. [I used a heavy-bottomed saucepan.] Shake the pan slightly (do not stir) until all the sugar had melted. Increase the flame and let the sugar bubble and color. Pour the caramel into the mold and quickly turn it around in all directions, tipping it up in a circular motion until the surface, bottom and about 2 inches of up the sides has been lightly coated with the caramel. [Since I was using a 9-inch Pyrex pie dish, I could only cover the bottom.] If the caramel thickens and becomes sluggish, gently heat the mold in a pan of hot water or over low heat, depending on the material, and continue the coating action. Set aside to cool.


Put the milk, salt, sugar, and cinnamon or vanilla into a saucepan and bring slowly to a boil, stirring until the sugar has dissolved. Continue boiling slowly, taking care that it does not boil over, until the milk has reduced by about 2/3 cup. Set aside to cool. [I didn’t measure to see if it had reduced by 2/3 cup. I just eyeballed it.]


Place an oven rack on the lowest rung of the oven and heat to 325 degrees F.


Beat the eggs and yolks together and stir into the tepid milk. Pour the mixture through a strainer into the flan mold and place it in a hot water bath in the oven. Test after 2 hours with a skewer or cake tester; if it comes out quite clean, the flan is cooked. Remove from the oven, but allow to sit in the water bath for about 15 minutes longer. Remove and set aside to cool completely before refrigerating. [My flan baked for 1 hour due to the wider pie dish, and it probably should have only baked for 50 minutes. It should still jiggle in the middle and a knife inserted should come out almost clean. For ramekins, bake for 40 to 60 minutes.]


To unmold, carefully slip a blunt-ended, thin metal spatula around the rim of the flan and gently tip the mold from side to side to see if the flan is loose. If the caramel has hardened at the bottom of the mold, place it in a pan of hot water for a short time and test again. Place the serving dish (it must have a rim to hold the syrup) on top of the mold, invert quickly, and pray that the flan comes out whole. Always serve a wedge of the flan with plenty of the extra syrup. 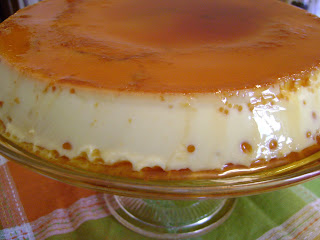 Be sure to check out my fellow food bloggers to see what they prepared to honor Diana Kennedy:

Well, I think it looks scrumptious! Flan is a perennial favorite around this house...and I'd take a slice of that anyday!

Seriously Linda, you don;t think this turned out beautifully? Then explain my sudden urge to lick my computer screen!! I am available for afternoon tea today!!!

Thanks everyone. Perhaps I was a bit too critical about the way it looked. :) It sure tasted wonderful!
Jill--come on over for tea! Denver is only 8 hours or so from Topeka, right? LOL

You picked a wonderful recipe to highlight her recipes and style. This sounds really delicious and it is gorgeous to look at. Have a wonderful weekend. Blessings...Mary.

That's what I call real flan. To my liking it's the best way to make flan. It's all natural and all yummy!

My old neighbor used to make flan for me when I would mow her lawn. I love it. You picked a great recipe for this post. Thanks for sharing with us.

Your flan looks beautiful to me! I'd dig into that in a jiffy! :D

I don't think that I have ever had flan. I do know that I love both custard and caramel though so I would probably like it. In any case it looks gorgeous!

This one looks perfect!

I have never attempted flan so it looks gorgeous to me with its beautiful amber colour.

I think it looks delectable. Flan is a longtime favorite of mine. Move over Betty Crocker, is all I have to say.