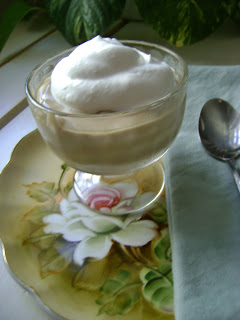 I’ve wanted to make this recipe for a few months, but other recipes (and a busy life) got in the way. Finally I spent some time in the kitchen to create this dessert from long ago.


I grew up enjoying butterscotch pudding, but I have to confess it was the box-mix kind. In fact, I’m not sure I ever tasted the homemade version until now, but Mom said Mamaw made homemade all of the time, so chances are I’ve had it in the past. Also, Grandma (Dad’s mom) made butterscotch pie for my mom whenever she knew we were coming for a visit. It’s one of Mom’s favorite desserts.


You don’t hear a lot about butterscotch anymore. It’s that old fashioned. And when you do, it is often a negative reaction, like the one I got from The Picky Eater. Needless to say, he wasn’t one of my taste testers this recipe.


If you’ve never been a fan of butterscotch pudding, I want to encourage you to try the homemade version. It makes all of the difference! If you’ve never tried it before, give it a go, especially if you like caramel and toffee, which are similar to butterscotch. 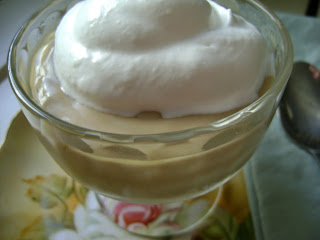 As I was researching butterscotch pudding recipes (there’s a great Washington Post article on the history here), I came across recipes made with a variety of methods. Some have you melt butter and brown sugar together first. Others add egg yolks. A few do both.


I liked this recipe from Epicurious. It was simple and took very little time to make. One important thing to remember is to use dark brown sugar, not the light brown kind. It makes a difference in the flavor, though the pudding with the light brown sugar did have a nice caramel flavor. But it wasn’t butterscotch. 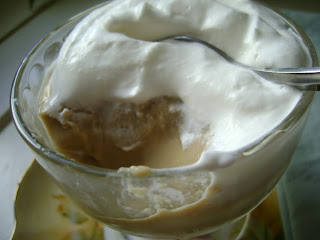 I also came across recipes that included liquor, mostly scotch, whiskey, or rum. I had some brandy on hand and the finished product tasted lovely. So if you want a grown-up version, just add a little kick to your pudding at the end.

This recipe tastes great. The butterscotch flavor is mild, so it may be a good start for someone who isn’t a fan of the flavor or never tried it before. It is also very easy to make…great for beginning cooks or ones short on time.


In a heavy-bottomed, medium saucepan, add the dark brown sugar, cornstarch and salt, and whisk together until well blended. Whisk in the milk and cream. Over medium heat, bring the mixture to a boil, whisking often. Once the boiling point is reached, allow to boil for 1 minute while constantly whisking. Remove the pan from the heat and whisk in the butter, vanilla, and liquor (if using.) Pour into 4 serving dishes and cover with plastic wrap on the surface of the pudding to prevent a skin from forming. Refrigerate until cold, about 2 hours.
Posted by A Sunflower Life at 7:51:00 PM

I, too, remember the MY-T-Fine boxed butterscotch pudding that my mother would sometimes make ... a special treat! Wouldn't your version make a beautiful pudding pie? Does the recipe make enough pudding for a 9-inch pie shell?

Susan, I think the recipe would be a little short for a 9-inch pie. I would double the recipe to be sure, and any extra you could put in serving dishes for another day!

Thanks! Smiling in your direction!

I can't imagine anyone not liking butterscotch. This sounds delicious!

I definitely remember the boxed version of butterscotch pudding, and I would love to try this. I've been toying with the idea of a butterscotch pot de creme, and now I might have to rethink. The texture looks amazing!

Butterscotch is my husbands favorite pudding…my MIL would make it for dessert all the time when he was a kid. This looks delicious…so smooth and creamy!