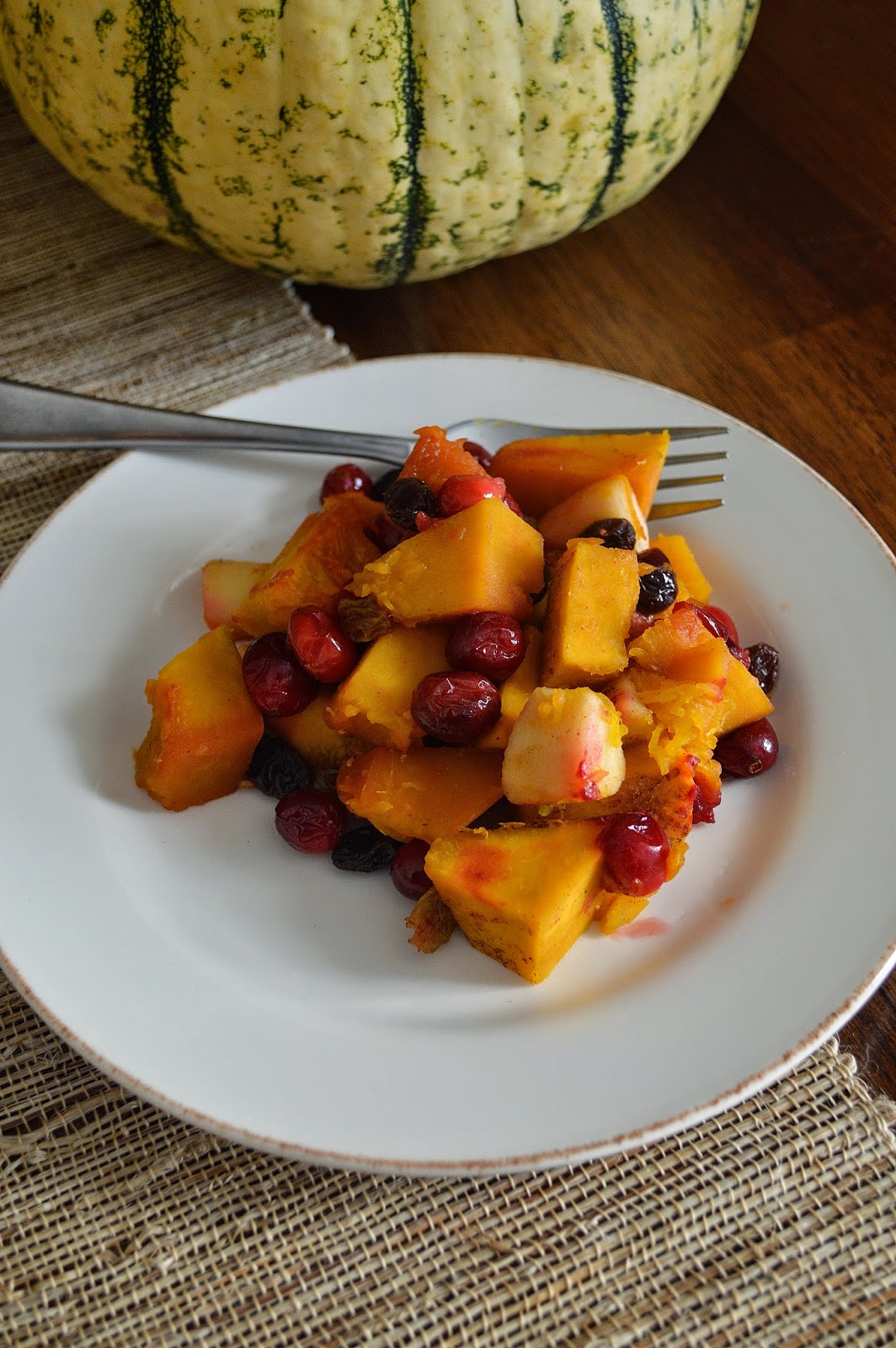 Lately, I've felt the need to confess my lack of enthusiasm about certain foods that seem to be all the rage right now. Every day I see a new recipe for kale or lentils. Well, I’m not a big fan of either. Believe me, I've tried! I can deal with a little kale in soups or salads, but not much. And lentils…well, I just don’t like them.

Squash is another one. I like to use it in recipes, such as my Shaker Squash Rolls and Harvest Bisque. But on its own, I just don’t like very much. 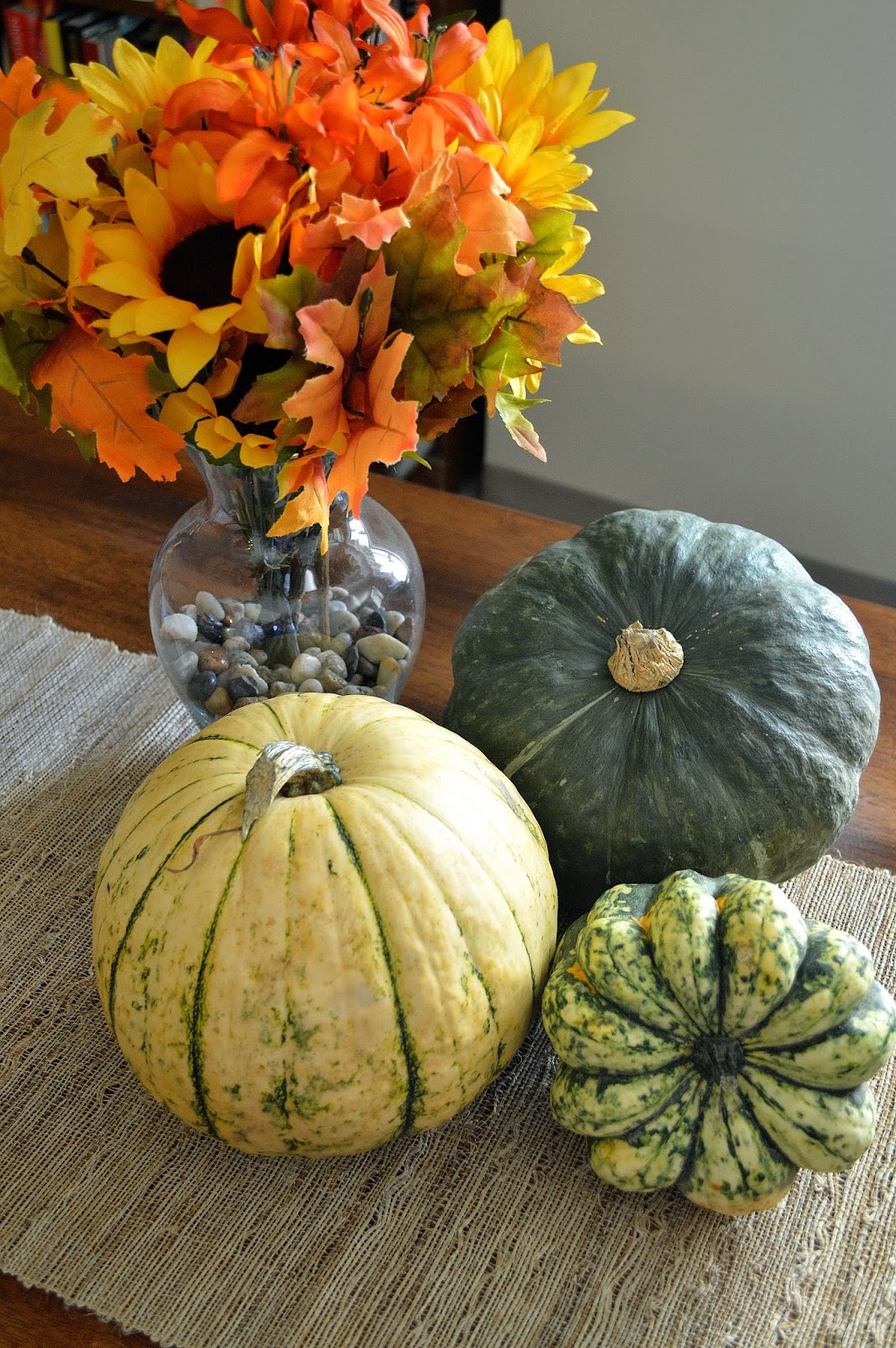 Except for this dish! I like the squash in this recipe. Yes, it's mixed with apples and cranberries, both of which I really enjoy. And the orange-maple sauce adds to the appeal. However, if that is what it takes to get me to eat cubes of good-for-me squash, then it works!

This recipe, which I developed for a Topeka Capital-Journal newspaper article, would make a great side dish for Thanksgiving. I used kobocha squash, but you could try it with butternut or pumpkin. The recipe, minus the cubed squash, would also make a great filling for the inside of an acorn or carnival squash.

Juice and zest of 2 small or 1 large orange 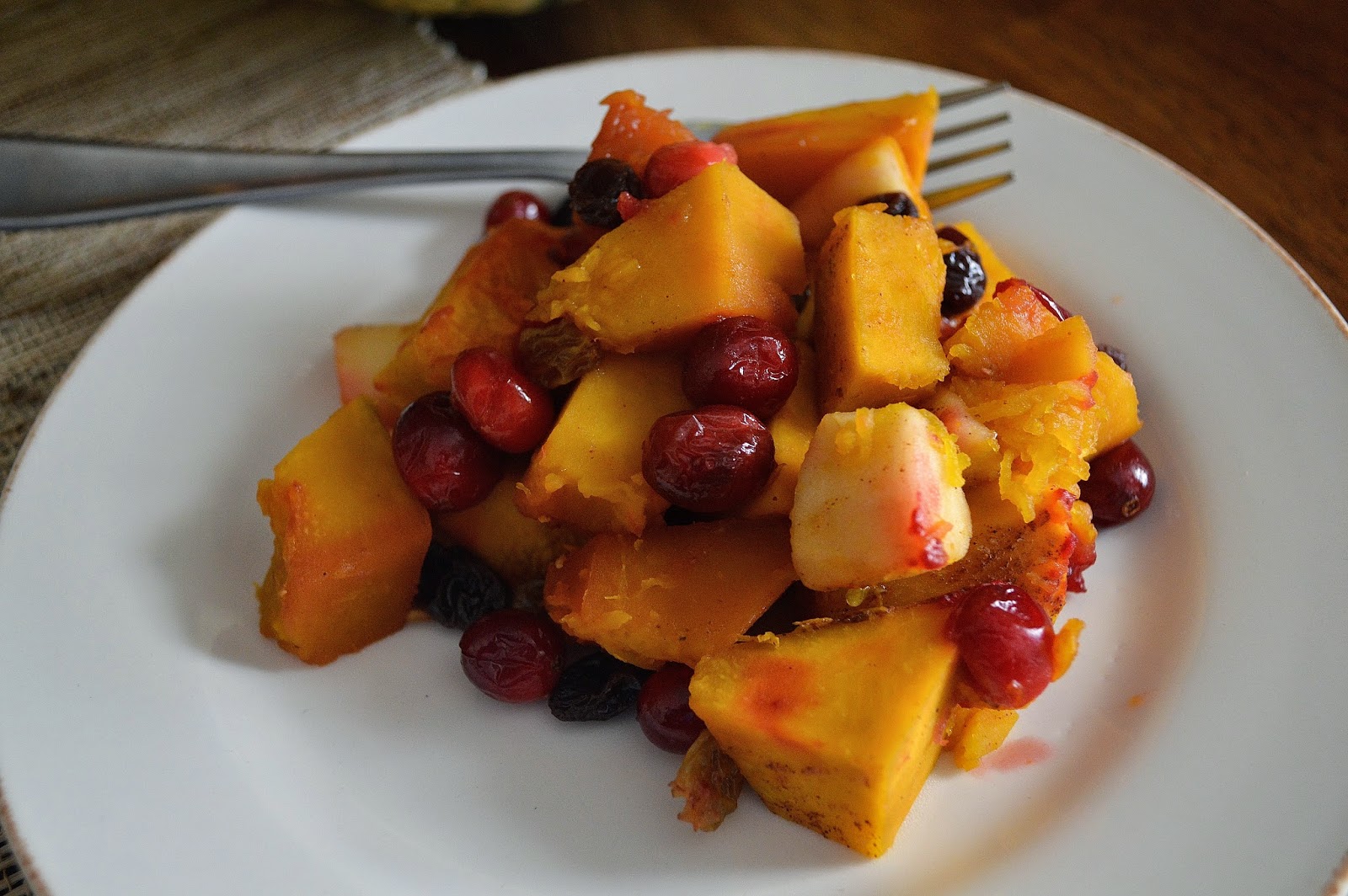 Preheat the oven to 350 degrees F. In a small bowl, whisk together the orange juice, orange zest, maple syrup, and salt. Set aside.

Butter an 11- by 7-inch baking dish. Add the squash, cranberries, apples and raisins and stir to combine. Pour the orange juice mixture over the top. Sprinkle a light dusting of cinnamon over the top. Cover the dish with foil and bake for 40 to 50 minutes, or until the squash is tender. Stir to coat the mixture with the sauce in the bottom of the baking dish before serving.

This is a side dish for me! I love all the ingredients! Perfect and cheap at this time of year!

Don't even get me started on "rage" foods these days, LInda. If I see one more version of something, something, hummus, I may scream! Don't get me wrong I adore hummus and some of the recipes are quite creative except most are not hummus but simply a very creative "dip."

That said and I'm sure I will be over it by tomorrow, lol...I love your combination here, Linda. I agree, it would make a great side at the holiday table. Thanks so much for sharing, Linda...